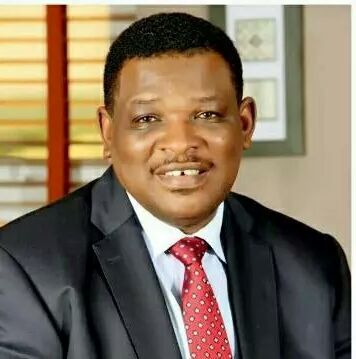 Not a few Nigerians were taken aback, when the National Union of Electricity Employees (NUEE) declared a general strike on Wednesday 11th December, 2019 and threw the country into a total blackout.

The workers embarked on the strike action following crisis in the power sector at the expiration of the 21 days issued by the union.

However, the swift initiative of Minister of State (Power), Mr. Goddy Jedy Agba in extensively engaging the stakeholders in the sector including those from the Ministry of Power, Director General of Bureau of Public Enterprises (BPE), Mr. Alex Okoh, representatives of the Ministry of Labour and Employment, leadership of NUEE and others.

The meeting addressed several issues that led to the suspension of the strike action by the electricity workers, who resumed duty after 24 hours of the exercise.

On the non-payment of over 2000 disengaged PHCN staff, the Director General of BPE confirmed that over N360 Billion had been paid and that the verification of 600 staff processed and forwarded to Office of the Accountant General of the Federation (OAGF) for payment, while 200 could not be verified.

On the issue of 16-month underpayment of severance benefit as well as the 7.5% Pension component, DG BPE acknowledged that this was pending and promised that modalities would be worked out on the payment.

Director General, BPE promised to obtain the Condition of Service (COE) from the GenCos and DisCos within a week and hand them over to the Honourable Minister of State (Power).

The Honourable Minister of Power (State) promised to visit the GenCos in company of the Managing Director of NELMCO along with some officials of the union to see things for himself and resolve the issue of unionization in the GenCos and the non-remittance of the deducted check-off dues.

The meeting resolved that DisCos/GenCos be advised to negotiate with their bankers to ensure sufficient cash flow to enable them pay salaries as at when due.

The Director General -BPE promised to intervene on the non-remittance of Contributory Pension to PFA, especially for Kaduna, Kano and Jos.

The meeting also resolved that the DisCos could be advised to stop casualization of workers where or exists.

On the issue of harassment by security personnel, the Honourable Minister of State (Power) informed that he was not aware of the incident, apologised and promised that such an unfortunate incident would not occur again.

The meeting also resolved that all staff who participated in the Industrial action would not be victimised in any way.

Director General-BPE explained that the pre-retirement training was processed, but that there was no cash backing to carry out the training.

On 10% equity, the Director General BPE explained that the percentage share had not been worked out because the 40% was yet to be determined and that until then staff could access their own share.

It was generally agreed by watchers of events that the move by the Minister of State (Power), Mr. Goddy Jedy Agba averted what would have led to a setback for the economy of the county at this time that the government of President Muhammadu Buhari is trying to restore the nation’s economy and a led ding festive season.

This has further increased the belief of people in many quarters that Mr. Goddy Jedy Agba is a round peg in a round hole as the Minister of State (Power) at this crucial time of the nation.

Aisha Buhari: The Travails Of A First Lady Defending Good Governance And Democracy In Nigeria