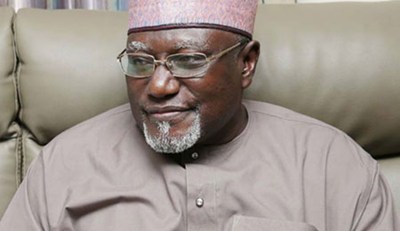 The moves being made by the three men, top Presidency sources told SaharaReporters, are independent of President Buhari, who is unwilling to replace Mr. Magu.

The President is said to be unconvinced by the negative DSS report on Mr. Magu’s integrity. However, the President’s nephew the DSS boss and Mr. Kyari are said to be exploiting President Buhari’s brittle health to replace Mr. Magu, who has obdurately resisted their attempts to teleguide him. “They are capitalizing on Buhari’s failing health to execute their project of getting Magu out because he has refused to be considering their advisory role in carrying out his job.

“The DSS boss is behind all the reports against Magu. Behind him are Maman Daura and Abba Kyari. They have failed to convince President Buhari that Mr. Magu has integrity issues,” said a top Presidency source.

The failure to achieve their aim has made them approach the Inspector-General of Police, Mr. Lawal K. Idris to recall Mr. Magu from the EFCC back to the Nigerian police force.

Authoritative sources said the DSS is planning to author more damaging reports on Mr. Magu’s reputation with a view to making his continued stay at EFCC untenable. “In the course of the drama, they will have their way because the trio wield a lot of influence,” said a source.