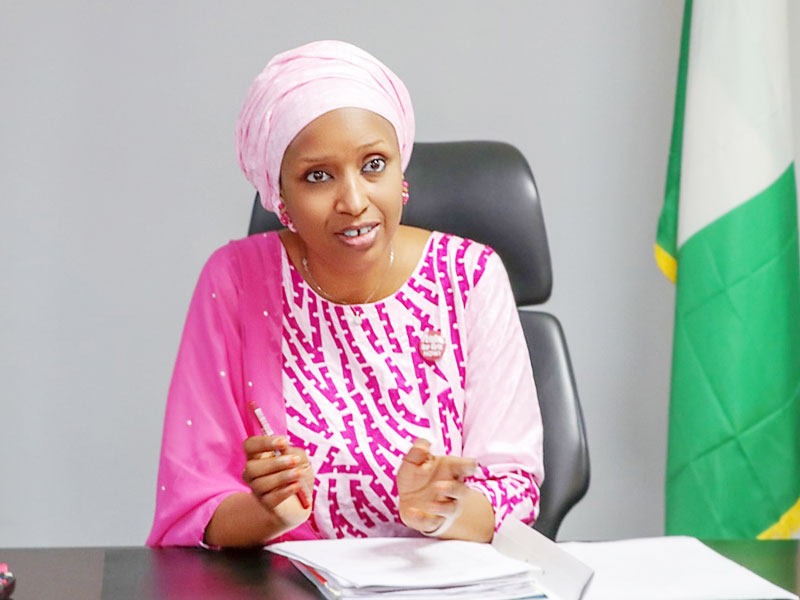 Hadiza Bala Usman, the suspended managing director of the Nigerian Ports Authority (NPA), has denied report that she disobeyed a court order on the operation of Integrated Logistics Services Limited (Intels).

Usman made this known in a statement on Sunday, while reacting to an online publication which alleged that she ignored court ruling in order to frustrate NPA contractors.

The online publication only cited the contract between NPA and Intels.

In the statement, Usman denied the allegation saying there was no court order at the expiration of the contract between Intels and NPA.

“For the sake of the generality of Nigerians, whom I owe an explanation for whatever steps I take in the service of the nation, I presents the truth of the INTELS story as follows,” the statement read.

“Neither I nor the Nigerian Port Authority disobeyed any court order in the matters involving INTELS or any other company for that matter.

“As a corollary to this, there was no court order existing at the time of the expiration of the boat pilotage contract between the NPA and INTELS by on August 8, 2020. I should also state that this contract was not terminated.”

Usman explained that Intels was engaged as managing agents of the NPA for oil industry related activities in the compulsory pilotage district within the exclusive economic zone of Nigeria.

“The Authority had in 2017, served INTELS with a notice of termination for its refusal to comply with the Treasury Single Account policy of the Federal Government,” the statement added.

“Following the receipt of the termination notice, the company complied with the policy. A supplemental agreement was signed to recognise the compliance to TSA and the notice of termination was accordingly withdrawn.

Usman said Intels initiated a court action after it lost its bid to secure a new boat pilotage contract.

“The tender process proceeded accordingly and the companies that scored the highest were prequalified. The outcome of the transparent tender process was forwarded to the Federal Ministry of Transportation for onward transmission to the Federal Executive Council (FEC) for its consideration.

“Upon disqualification from the tender process, INTELS initiated a court action to prevent the Authority from proceeding with the tender process citing a debt owed one of one their sister companies, Deep Offshore Nigerian Ltd for the development of Onne 4B.

“This is an amortization project which payment should be derived from the revenue raised from this service. There was no provision in the contract to the effect that INTELS must be the company carrying out the boat pilotage contract, but they have continued to hold the country to ransom for through this court case.

“It should also be noted that despite court case, the Economic and Financial Crimes Commission (EFCC) is currently working on recovering all Federal Government funds that the INTELS have withheld over the years.

“All the NPA tried to do was to see that INTELS and indeed no other business entity contravenes the laws of the country or the provisions of their contract.”

2023 Permutations A Distraction, Osinbajo Has Not Declared Interest In Presidential Race lol