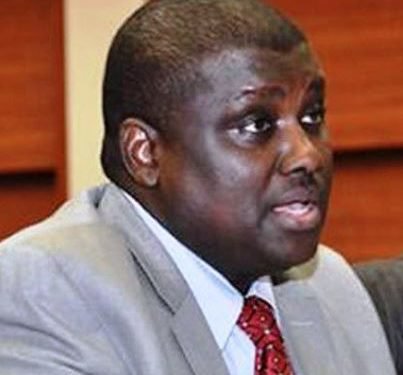 A civil society member of the Pension Reform Task Team (PRTT), the Legislative Watch has called on the presidency to direct the reinstatement of the embattled former PRTT chairman, Abdulrasheed Maina back to his level in the federal civil service.

The PRTT was established by the administration of former President Goodluck Jonathan, with a task of cleaning up a pension mess at the Office of the Head of Service of the Federation.

Maina was a Deputy Director in the Ministry of Interior before being appointed by Steve Oronsanye, then Head of Service, to head the Pension Reforms Task Team (PRTT), in 2010.

He was sacked in 2013 following allegations of gross corruption running into billions of naira purportedly recovered from pension thieves.

However, he was reinstalled in September, 2017 into the civil service but was later removed in October, same year.

In a letter to the Chief of Staff to the President, Prof. Ibrahim Gambari, which was copied to relevant arms and organs of government and signed by the Executive Secretary of the group, Elder Ngozika Ihuoma, the group stated that the on-going trial of Maina by the Economic and Financial Crimes Commission (EFCC), which also served as a member in the PRTT “is not only laughable but ridiculous as the inter-ministerial Task Team cannot be narrowed to the personality of Maina alone when there are several other members in the task team”.

The group also argued that, “In 2016, Maina as part of his patriotic zeal made available intelligence report to the Honorable Attorney-General of the Federation and Minister of Justice and National Security Adviser that led to Department of State Services recovering N1.3trillion from hidden accounts by top civil servants. This fact was made known to both chambers of the Senate and House of Representatives Committees that investigated the reinstatement of Maina in November, 2017.

“We were alarmed by the position taken by now suspended Acting Chairman of EFCC, Ibrahim Magu, when he lied on oath before the National Assembly that EFCC never received 222 properties from Maina-led PRTT necessitating our petition to the Honorable Attorney-General of the Federation and Minister of Justice on 15th December, 2017.”

Adding also that Maina should not be vilified but reinstated as recommended by the Federal Civil Service Commission.

The group recalled that it wrote a letter to the Senate Under Senator Bukola Saraki as Senate President and another letter to Attorney-General of the Federation and Minister of Justice, Abubakar Malami(SAN) requesting that the judgment of 23rd March, 2013, in favor of Abdulrasheed Maina be enforced. This, they said, led to Maina being reinstated by the Federal Civil Service Commission on 2nd September, 2017.

“We were therefore shocked when using an unsigned statement, Abdulrasheed Maina was suspended from office on 10th October, 2017, without any justification other than the fact that then Head of Civil Service of the Federation Mrs. Winifred Eyo-Ita claimed in a Federal Executive Council meeting that she ‘Warned Mr. President’ not to reinstate Maina which led to altercation with then Chief of Staff now late Abba Kyari.

“Whereas all other members of the Task Team:-  B.G. Kaigama (OAGF), Samuel Adebanjo (OAuGF), G.T. Idris (ICPC), LEKE Alexander Onayeba (CIPPO), Ibrahim Lamorde (EFCC), Ibrahim Adoke, Francis Bankole, Ikechukwu Odoemenem, Ibrahim Abdulkareem (Secretary) and Kashim Ibrahim, Legal Adviser, have all been promoted, only Maina was dismissed from Federal Civil Service for being absent from duty not minding that he had a Presidential approval to observe leave after he was attacked by assassins in front of his office at Office of Head of Civil Service,” Ihuoma stressed.