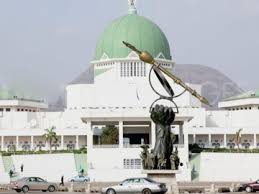 PDP Good Governance Group has, in strong terms, condemned the invasion of the National Assembly by suspected hoodlums on Wednesday 18th April, 2018.

The group stated in a release made available to the media on behalf of the Nigerian Youths that “a threat to Governance that has never happened in the history of The Federal Republic of Nigeria occurred in the Senate and National Assembly. While the Senate Plenary was taking place, a bandit of hoodlums invaded the Nigerian Senate Chambers and snatched away the symbol of Authority, The Mace.

“This is a Chamber with the highest amount if security after the Aso-Rock (Presidential Villa).  this is the Second Arm of the Federal Republic of Nigeria.

“How can we have a Government where the Senate House will be invaded, intruded, interrupted, and the MACE of authority hijacked and taken out of the Chamber by hoodlums and all securities on duty were awake?

“If the Senate Chambers can be invaded and threatened like this in broad daylight by hoodlums, then there is no atom of safety in Nigeria.”

They recalled that 29th of May 2015 marked the beginning of the first term of a Government, which was Presided by President Muhammadu Buhari of the All Progressives Congress (APC).

The statement read further that inception of the current Government was/is meant to adore positivity to the already pre-existing toils, lives, and government they inherited and that it was meant to sustain or stabilize Nigeria.

“Currently,  Nigeria isn’t at war but has the highest death tolls so far in the world. Our Country, which has never witnessed and experienced “Indepth poverty” economically, academically and judicially was prone to a national economic pandemic,which lead to a stagnation and declination in our Economy and they termed it “Recession,” the statement read.

The group claimed in the statement that in the past three years, there have been massive bombings, poor governance and no remorse from the current Government to states, which they said were affected and lives threatened, “all in the name of Boko Haram.”

This, they said led to the massive reduction in the Christianhood; and that as if this was not enough,  there came a Group  called “Fulani Herdsmen.”

“The Fulani Herdsmen having been acclaimed to be Libyans by our President were given a Bill and freedom to graze in any state within Nigeria;  to this, wherever they exist and find themselves, they kill,  kidnap,  abduct, rape and Threaten the lives of Nigerian citizens therein.

“Unemployment has become a Nickname in Nigeria to the Youths and Adults, so also to the educational sector.

“President Muhammadu Buhari who stated that he won’t recontest elections after 2015 elections due to his health and age has redeclared  to repeat Failure,” they said.

“We need a government where the military won’t threaten, frighten and induce fear on civilians.

The group however, called for an open dialogue with the Federal Government and effective use of scare and posited that abundant/available resources be used and utilized to improve infrastructures, to bolster educational sector, to strengthen public health, “to create and enable business environments for youths and entrepreneurs thereby creating jobs, to lose and intervene for the lives and security of the people.”