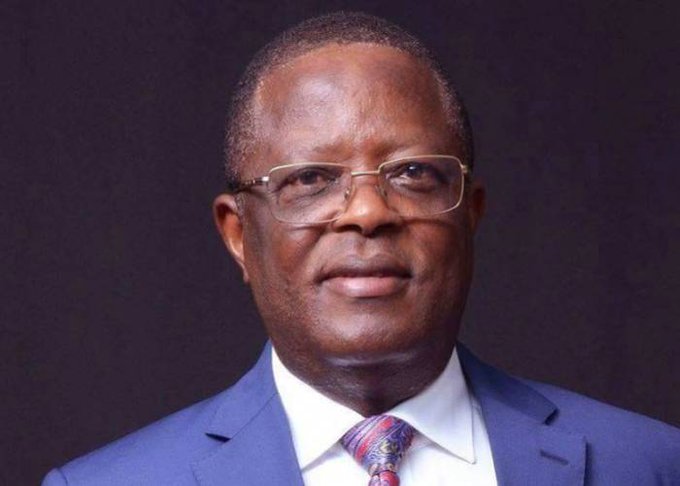 Ebonyi Governor David Umahi said Senator Pius Anyim and National Assembly members from the state, were privy to his decision to join the All Progressives Congress.

He said they backed out at the last minute.

Umahi disclosed this at a meeting with APC members in Abakaliki.

He said Anyim, former senate president and secretary of the Government of the Federation, backed out of the plan after he went to see President Buhari alone over the defection plan.

According to the Governor, the plan was for Anyim and other leaders to join him in APC two weeks after he must have successfully defected.

Umahi said he consulted all the National Assembly members and Elders from the State over his defection to APC, claiming all of them approved the move and even agreed to defect with him.

He said the only grievance of the NASS members and other leaders was that he joined APC before them, revealing that they actually wanted to join APC before him.

“They were planning to ambush me, but it is difficult to catch the air,” he said.

Umahi vowed to fight those who are antagonising him, saying “let me tell you, I’m not afraid of anybody but I respect everybody. But I have said that if God sent me, this will be the last fight in this state.”

He alleged former Governor Martin Elechi was also fought by the same people fighting him.

“Now, they are dressing words for us. We are in chapter one, in Chapter two, I will publish all that I have done for the leaders of this state,” Umahi vowed.

“I was a deputy Governor, somebody occupying the highest position from the Southeast (referring to Anyim) went and arranged for a N5bn naira loan for me to prosecute the presidential election for his government.

“I had to sell many of my properties to pay back that money,” he said.