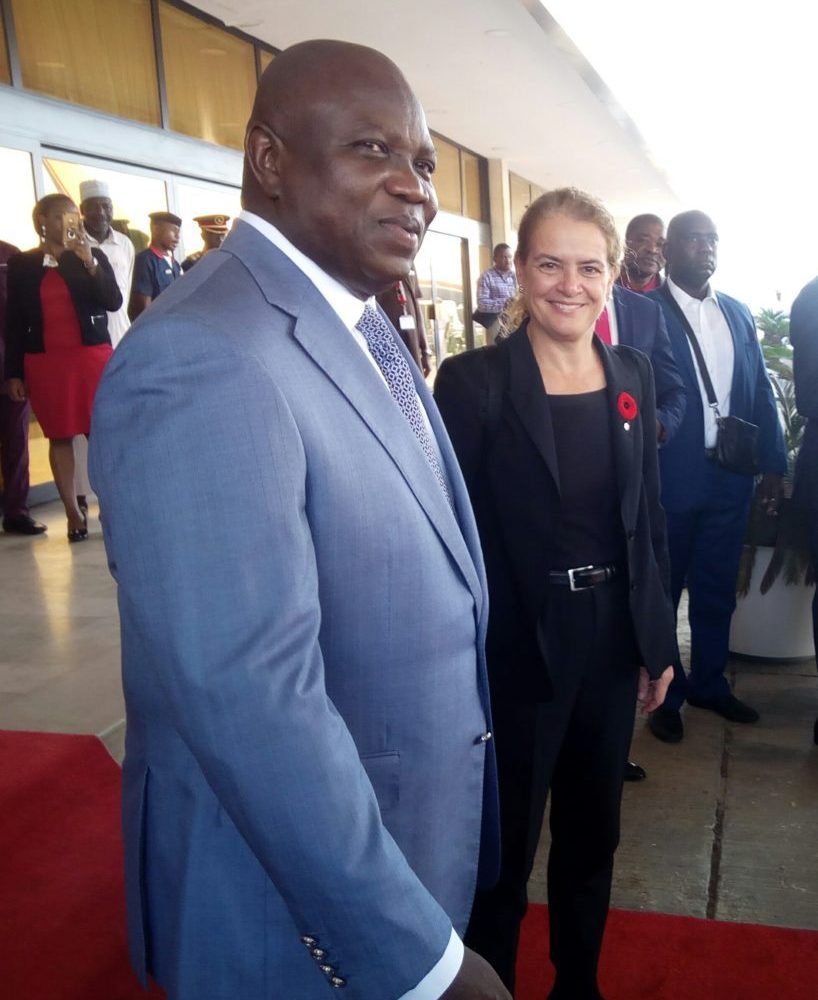 The Governor General of Canada, Ms Julie Payette, on Tuesday arrived in Lagos for an official visit to the state amid tight security.

Payette and her entourage landed at the Presidential Wing of the Murtala Muhammed Airport, Lagos at 8.47am.

She was received by the Lagos State Governor, Mr Akinwunmi Ambode, Canadian Consular officials as well as security chiefs. The governor general is scheduled to inaugurate the Lagos State Biobank, located at the Mainland Hospital in Yaba.

The biobank was where the isolation unit used by the State Government to contain the 2014 Ebola Virus Disease (EVD) outbreak was situated. The Laboratory, funded by Canada in partnership with the state government, would serve as a single repository for all high-concentration pathogens in the State.

It would also help the state mitigate post-EVD threats and build capacity for prevention, detection and response to future outbreaks in Nigeria and West Africa. Rural Electrification agency adopts new measures Payette was on Monday in Abuja received by President Muhammadu Buhari and other top government functionaries.

She also delivered a lecture at the National Space Research and Development Centre Agency.