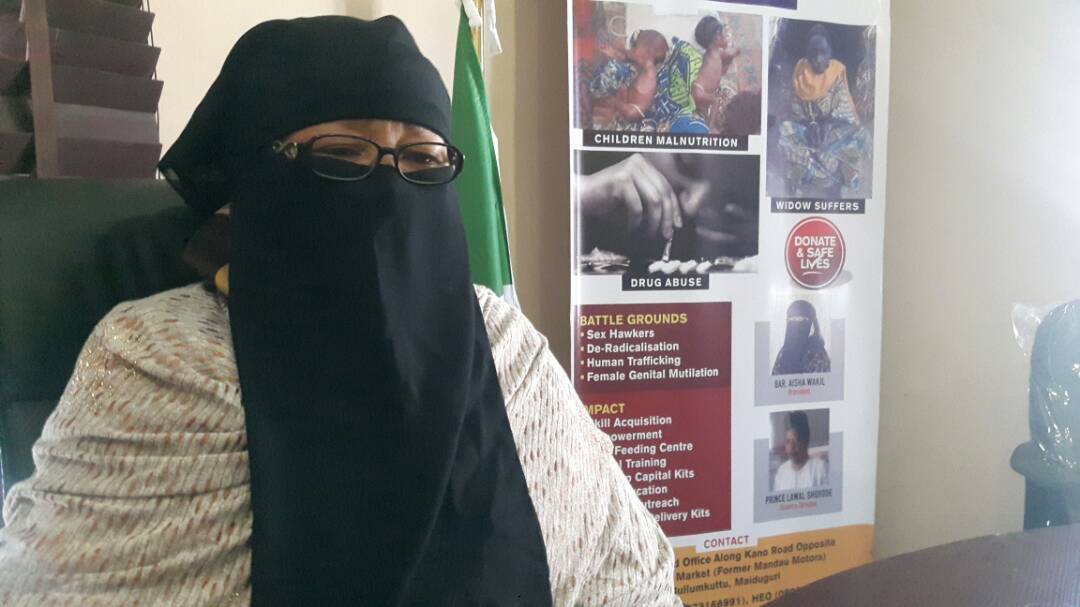 Human rights activist, Mrs. Aisha Wakil, popularly called Mama Boko Haram,
has advised the Federal Government to engage those who can talk to the insurgents so as to get them to stop their attacks.

Wakil, who insisted that Boko Haram will not surrender to anybody in “air-conditioned” rooms, advised the authorities to act fast.

She made the suggestion in a chat with Punch on the recent kidnap of Dapchi schoolgirls.

“I might not be the only one, I might not even be part of it. I don’t care; my own is just to scream the way I am screaming. And if I get them, I tell them, my son, you are not hearing what is happening.

“They know the name they call me. So they should calm down. Or is it that they don’t want to look for them or they believe that by staying somewhere in air-conditioned rooms, the boys will just start coming?

“Someone has to come down, talk to them, they will do their talking to them too in the bush, you will see. You know, there are questions they will ask. You will see them start coming (out).”

Reminded that Chibok schoolgirls’ kidnap, like the Dapchi incident, occurred close to election periods, the activists replied: “You just hit the nail (on the head). ”

“You know, in Nigeria, they know how to destabilize human beings; they are good and they are bad. Only Allah in heaven knows the innermost part of human beings. Politics is around the corner.

” There was a time I told you that the boys said they would not allow us. Who are those ‘they’? Those ‘they’, you know, they are human beings. I don’t know. ”

Asked if Boko Haram leader,
Shekau has been killed or not as the government claimed at different times. Wakil responded: “Please ask Gen. (Tukur) Buratai”.