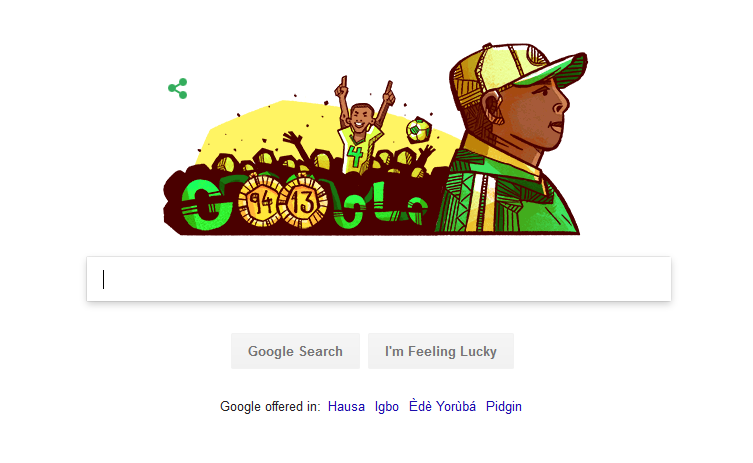 Nigerian football icon, Late Stephen Keshi, has been honoured with a Google doodle.

The technology giant honoured the former Super Eagles Captain by creating a doodle to mark his 56th birthday.

Doodle is a special logo on Google’s homepage that is temporarily alternated to celebrate holidays, events, achievements and people.

Late Keshi won the African Cup of Nations in 2013 when he coached the Nigerian team and in 2014, he became the first coach of an African nation to make it to the knockout round of a World Cup.

Keshi is one of the only two men to have won the Nations Cup as a player and a manager.

On June 7th, Nigerians woke up to the shocking news that the former Super Eagles handler had passed on at the age of 54.