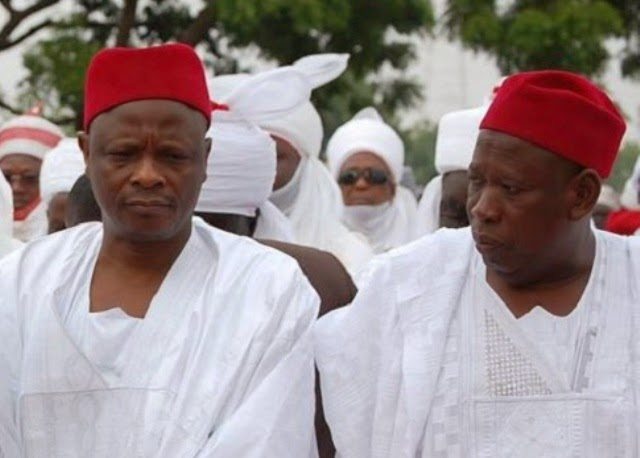 Governor Abdullahi Umar Ganduje of Kano state has disclosed how his misunderstanding with the immediate past governor of his state, Senator Rabiu Kwankwaso started. The governor recalled that they were very close and things went sour before 1999. Speaking to Daily Sun, He said: “Yes, we were very, very close. Even before 1999, we have been friends. I was Commissioner for Works and Transport for six years during the military, and my former governor is a politician right from the military when political parties were formed.“I started politics right from 1978, and in 1979 during the NPN period, I even contested election and was even part of the executive members of the party in the state. So, politics is not something I am just starting now.

“So, we contested together for governorship in 1999 and the result was controversial. Prince Tony Momoh was in Kano to supervise the primaries, the result was controversial; the elders reconciled us that he should be governor and I should be the deputy governor. I insisted that there hould be re-election, but elders pleaded and I agreed to be the deputy governor. Tony Momoh is still alive, you can ask him.“And since I became the deputy governor I had to do it well. I had to be loyal, respectful and honest. So, I worked hard to add value to the government by supporting the governor not only by being loyal to him but working very hard to fill the gaps, promote the government and work round the clock to ensure when he is not around there is no difference.

That is how we worked together. Even when he was a minister, I was with him. I was on my own when he invited me to come and be his adviser when he was Minister of Defence. I agreed because after all, we have been together, and he felt we could work together.“When we won the elections in 2011, he graciously invited me, it was not as a result of any contest between us, but out of his own volition. I have to thank him for that because he could have invited someone else.“So, we worked together peacefully. When I was nominated and after I won the elections in 2015, before handing over, I started seeing some elements of undercuts from his body language.