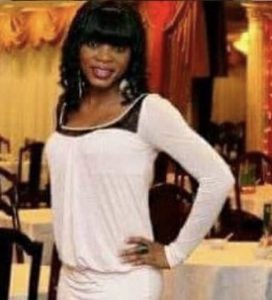 Fuji Czar, King Wasiu Ayinde Marshal, K1 is bereaved.
The music maestro has lost one of his daughters, Olaronke Wasilat Anifowose Marshal to death.
Wasilat, died in the early hours of today in Mississauga, Toronto, Canada, where she lived.
The ELITES gathered that the 34-year old died after a brief illness.
Wasilat, who relocated to Canada almost 10 years ago, was well known to be one of the favourite of the Fuji Czar. Among many other reasons, K1 was particularly fond of Wasilat because she was the only child of her mother, who died many years ago.

Those who knew Wasilat would attest to the fact that she was a lady of impeccable character and she was loved by everyone who knew her.
K1’s former manager, Percy Ademokun, confirmed the death in a message on Facebook on Tuesday.
“May the soul of Wasilat Marshal rest well and God be with K1 as he bear the loss,” Ademokun, who is now based in Chicago, the United States wrote.
The family of the deceased was yet to officially confirm the death as at the time of filing this report.