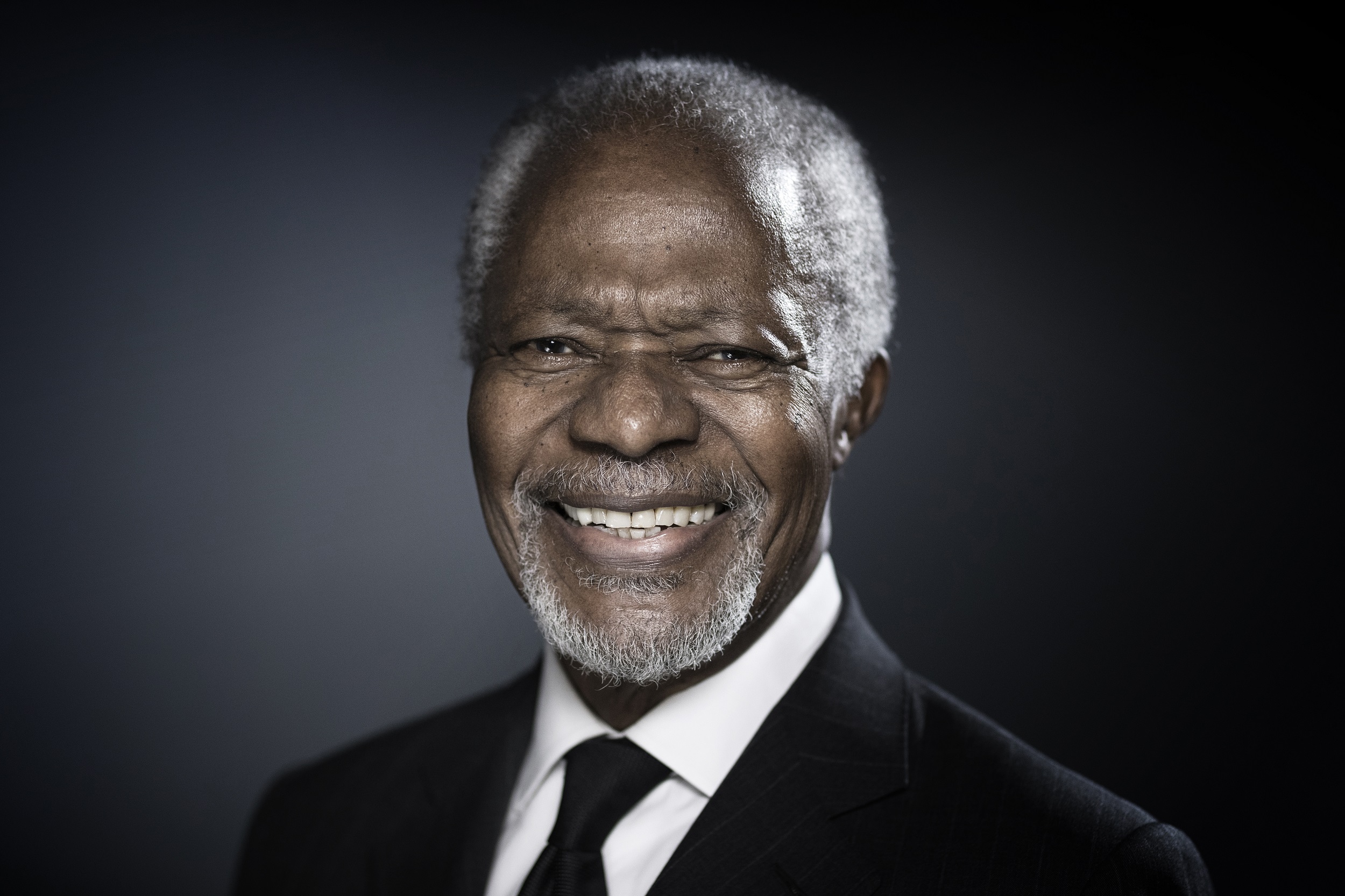 Kofi Annan, the first black African to lead the United Nations, has died at age 80. He served as Secretary-General at a time when worries about the Cold War were replaced by threats of global terrorism, and his efforts to combat those threats and secure a more peaceful world brought him the Nobel Peace Prize.

Annan, who was born in Ghana in 1938, served as the seventh UN Secretary-General, from 1997 to 2006, and was the first to rise from within the ranks of the United Nations staff.
He had also been a member, since 2007, of The Elders, a humanitarian group of a dozen leaders and activists of worldwide stature formed by Nelson Mandela. In 2013, Annan became its chairman.
The Kofi Annan Foundation confirmed his death with “immense sadness” in a statement posted on Twitter.
Annan passed away peacefully Saturday morning after a short illness, with his wife Nane and their three children by his side during his final days, the statement said.
The foundation paid tribute to Annan as a “global statesman and a deeply committed internationalist who fought throughout his life for a fairer, more peaceful world.”
“During his distinguished career and leadership of the United Nations, he was an ardent champion of peace, sustainable development, human rights and the rule of law.”
Annan was awarded the Nobel Peace Prize jointly with the United Nations in 2001 “for their work for a better organized and more peaceful world.”
Despite his many achievements, Annan’s record was not unblemished. He was head of the United Nations’ peacekeeping operations in 1994, when some 800,000 people were killed in the Rwanda genocide, and in 1995 when thousands of Muslim men and boys were massacred in Srebrenica.
Annan would later say that he should have done more to prevent what unfolded in Rwanda, and that events there and in Srebrenica had reshaped his global thinking.
Related Topics:
Up Next