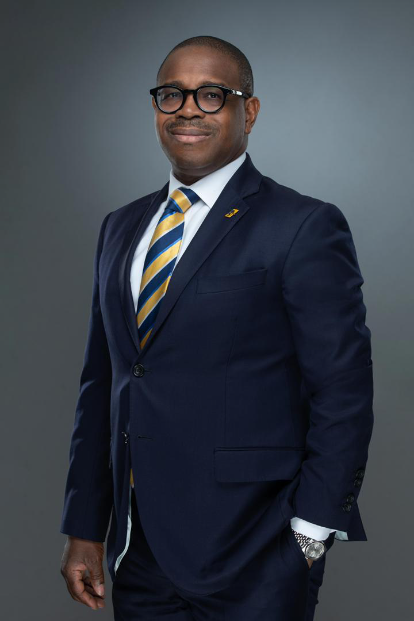 The appointment of Mr. Gbenga Shobo as new Managing Director/CEO designate of First Bank Nigeria Limited on Wednesday by the Board of Directors of the Bank has been commended by industry stakeholders who said with the appointment, the Bank will no doubt raise the bar in delivery of financial services to its teeming customers.

Recall that the Board of Directors of the Bank, at its meeting on Wednesday, while announcing Shobo’s appointment, said the decision has proven the resilience of its succession planning mechanisms and the value the Bank places on long-standing corporate governance practices, which underpin its enduring sustainability.

Industry stakeholders while welcoming the appointment, praised the Bank for the smooth transition, adding that with his wealth experience, the new Managing Director/CEO designate will take the Bank to greater heights.

They commended the Board of the Bank for the visionary role it continues to play in ensuring that the institution remains the industry leader.

Speaking on the development, an Ibadan based legal practitioner, Mr. Olawale Toyin, said the Board of the Bank by the appointment of Shobo has kept faith with succession tradition it set in place some years ago, adding that Nigerians expects nothing short of excellence from the foremost financial institution in the country.

He stressed that having been part of the top management of the Bank, the new CEO will not only continue the good work left behind by the immediate past Managing Director/CEO of the Bank, Dr. Sola Adeduntan, but will improve on it.

A Stockbroker, Nnamdi Ajuzie, while stressing that Shobo’s appointment will surely rub off positively on FirstBank having garnered experience over the years courtesy of the top management positions he held prior to his latest appointment, traced the success recorded by the banking giant to the quality of persons on its board which he described as exceptional personalities.

According to him, the visionary disposition of the present board of directors resulted in the creation of the position of the Deputy Managing Director which was introduced at the exit of Mr. Bisi Onasanya as MD/CEO.

The creation, Ajuzie said, has helped in no small way to stabilize the Bank’s succession process, adding that with Gbenga Shobo who served as DMD to Dr. Sola Adeduntan, outgoing MD/CEO, now in the saddle, the Bank will continue to set the pace in the delivery of financial services to customers.

“In this seamless transition which has seen Mr. Gbenga Shobo emerge as MD/CEO and Abdullahi Ibrahim who had previously worked very closely with him becoming the DMD, FirstBank will continue to take the lead in meeting the ever-growing needs of its customers. The appointment of the two portends a great working relationship within the Bank,” he stated.

Ajuzie commended the outgoing MD/CEO of the Bank, Dr. Adeduntan, for the achievements he recorded while at the helm of affairs of the financial institution, adding Shobo’s appointment will ensure continuity and stability.

“The outgoing MD/CEO certainly recorded great achievements which the incoming MD/CEO will build upon to take FirstBank to higher heights. I have no doubt that with the appointment of Shobo as MD/CEO, the FirstBank Board has once again shown that it believes in continuity of the great things undertaken by Adeduntan as MD/CEO as well as disposition to explore new areas. This appointment is well thought out and bound to rub off positively on FirstBank,” he added.

The Daily Times recalls that alongside the appointment of Shobo as MD/CEO, the Board of FirstBank also announced the appointment of Abdullahi Ibrahim as Deputy Managing Director, while Mr. Ini Ebong, Mr. Segun Alebiosu, Mr. Seyi Oyefeso and Mrs. Bashirat Odunewu were also appointed as Executive Directors.

These decisions are subject to all regulatory approvals, the Bank added.