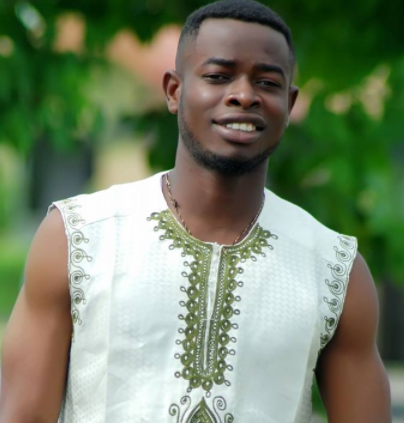 A final year law student was shot dead on Sunday in Otuoke, Bayelsa State, during an election organized by the National Association of Nigerian Students (NANS).

Magam Elvis, a delegate from University of Uyo (UNIUYO), Akwa Ibom State, was allegedly killed by fellow students believed to be cultists, The Nation reports.

Trouble reportedly started last Saturday after the poll organized to elect NANS coordinators in Zone B. The crisis snowballed into a cult supremacy war, following the arrival and accreditation of delegates.

In the violence that ensued, students sustained gunshot wounds, while others were attacked with machetes, axes and other weapons, as members of rival cults engaged themselves in a free-for-all. The premises of Federal University, Otuoke (FUO), where the election was held, was said to have been thrown into chaos. The situation worsened on Sunday when suspected cultists shot into a crowd of electoral delegates in a lecture hall and killed Elvis.

Hours before he was killed, Magam posted on Facebook and it was his last. It read: “In case you don’t know,I am that small man with a mighty God and a Lit future.” 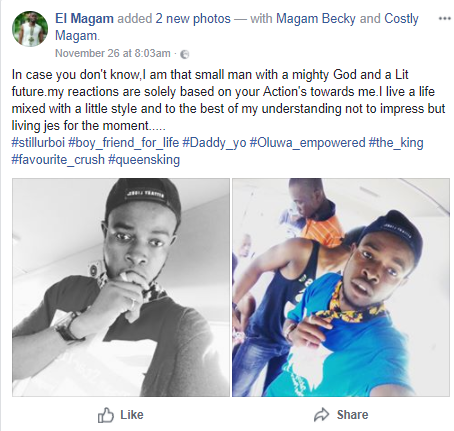 In an earlier post, he mentioned the NANS election, writing: “On political graph NANS Election 2017 ZONE B Aluta continua !!!!!” 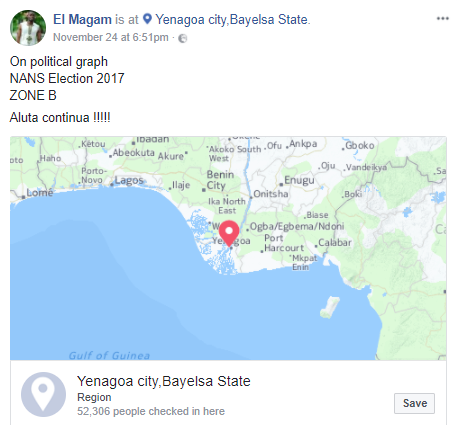 After Magam was gunned down, police, soldiers, and operatives of Nigeria Security and Civil Defence Corps (NSCDC) were deployed in the community to restore law and order. Police Commissioner Mr. Asuquo Amba, who confirmed the incident, paraded students arrested in connection with the incident and others nabbed for robbery and cultism. Among those arrested was Bayelsa State NANS President Mr. Perewari Benjamin, a 400-level student of Niger Delta University (NDU). He was accused of leading seven suspected cultists to rob people.

The Police Commissioner said he deployed 11 patrol teams to provide security during the poll which eventually degenerated into violence. Prior to the election, he said the Vice Chancellor of FUO, Prof. Accra Jaja, addressed the students and appealed to them to be law-abiding.

Amba explained: “Later, gunshot was heard from the crowd outside the hall. Magam Elvis, male, died as a result of bullet wounds. His body was deposited at the mortuary.”

The police commissioner said: “Information has it that two factions that came from UNIUYO were at war. Security is still in place. The situation is being monitored. Investigations are on.”

He alleged that the NANS president was arrested with Asari Enabong, Suoguai Bina, Ibe Ogbonna, Igbanibo Tari, Ekperi Kenneth, Kemefie Ebimene and Chukwuma Lawrence. Amba said besides Lawrence, a student of Imo State Polytechnic, others were 200 to 500 level students of NDU. He alleged that the suspects robbed and injured Ayo Kehinde, Jamiu Salahudeen, and Nwanya Chinonso at about 11 a.m. on Isaac Boro Expressway, Yenagoa. The police boss alleged that the victims were conveying the suspects to the NANS election in Otuoke, when the students hijacked the vehicle at gunpoint and robbed them. He added that the suspects robbed their victims of phones, cash and other valuables.

“They were arrested with two locally-made single-barrel pistols, two live ammunition, and charms.”