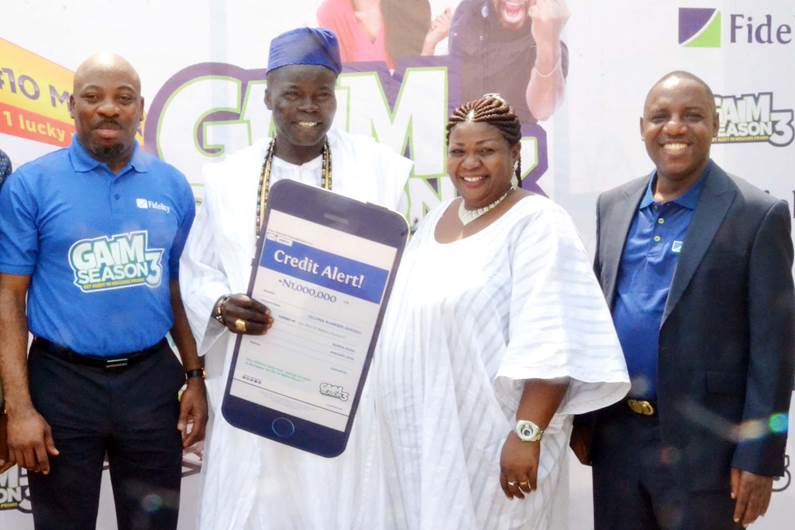 Mrs Chijioke Ugochukwu, the bank’s Executive Director, Shared Services and Product, stated this at the third monthly prize presentation in Lagos that the promo was an initiated aimed at boosting financial inclusion and saving culture.

Ugochukwu said that the bank, through the GAIM, had made significant impact on its customers.

Ugochukwu said that the bank had also given out N50 million and 54 consolation prizes under the GAIM season three initiative.

According to her, N60 million remains outstanding for grab by lucky customers in the course of the promo, adding that the bank has also earmarked N110 million to be won by customers for the GAIM season three initiative.

Ugochukwu further disclosed that the bank had given N2.67 million worth of airtime to about 1,964 customers, comprising of first 100 accounts opened weekly.

She said that the savings promo allowed the bank to go into nooks and crannies of the country to enlighten people on financial inclusion.

Mr Richard Madiebo, the bank’s Divisional Head, Retail Banking, said that the bank had made banking easy through the promotion.

Madiebo called on Nigerians to take advantage of the initiative to open account with Fidelity Bank, assuring customers that they had the chance of winning N1 million, N 2 million and more.

Alhaji Oluwakareem Amodu, the Bale of Dankaka, Ajeromi Ifelodun Local Government Area of Lagos State, who won N1 million lauded the bank for the initiative, saying that he opened the account with N1, 000, describing he promo as genuine.

Mr Rahman Yusuf, a star prize winner of N 2, appreciated the bank for its kind gesture of instituting the promo.

“I want to say a very big thank you to Fidelity Bank for this opportunity. I did not believe in it until I got here and confirmed that I won,” Yusuf said.

Yusuf said he opened the account with zero balance..(NAN)