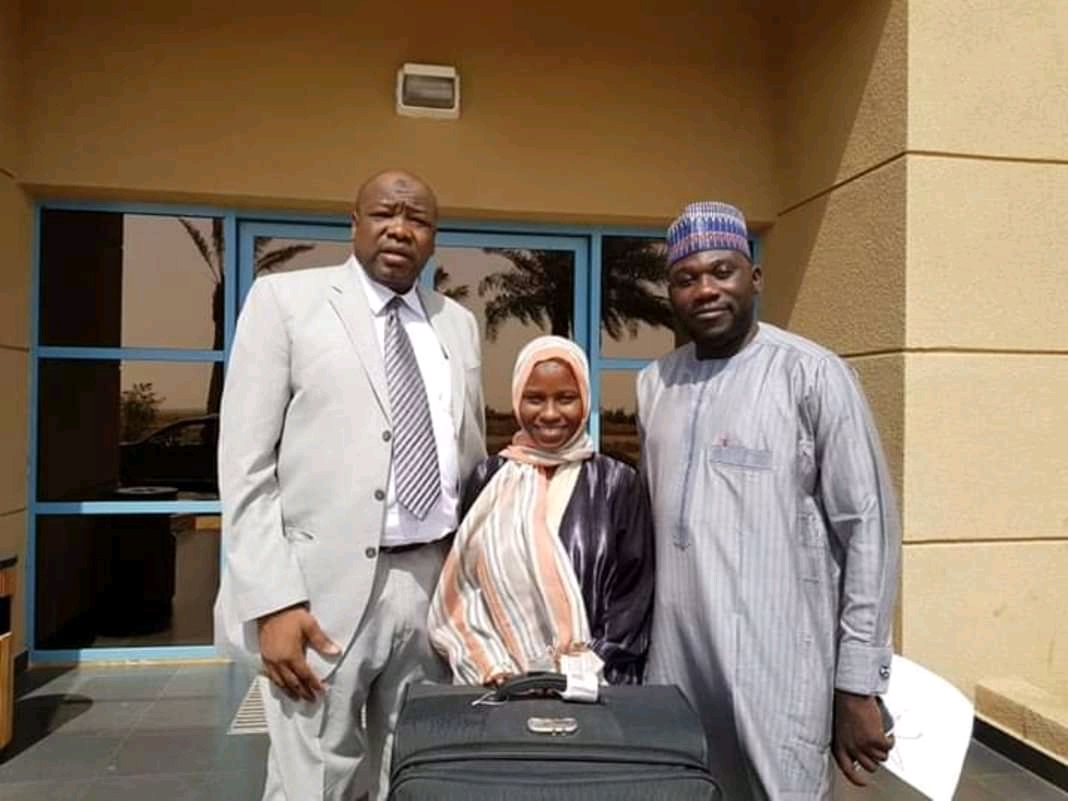 The Federal Government has secured the release of a Nigerian student, Zainab Habibu Aliyu, who was detained in Saudi Arabia on suspicion of drug trafficking.

This was disclosed by President Muhammadu Buhari’s Personal Assistant on New Media, Bashir Ahmad, in a tweet on Tuesday.

According to Ahmad, “The Federal Government has secured the release of Zainab Habibu Aliyu who was arrested in Saudi Arabia for alleged drug trafficking. Details soon from Ministry of Foreign Affairs.”

Zainab, a student of Maitama Sule University, Kano, was arrested after a banned drug, Tramadol, was found in her bag. She claimed it was planted in her luggage by unknown persons.

The student had travelled from Mallam Aminu Kano International Airport in company with her mother, Mrs. Maryam Aliyu, and sister, Hajara Aliyu, but she was arrested over allegations that a bag bearing her name tag contained the unlawful substance.

Buhari had on Monday directed the Attorney-General of the Federation and Minister of Justice, Mr Abubakar Malami, to intervene in the case of a Nigerian student detained by Saudi Arabia.

Mrs Abike Dabiri Erewa, the Senior Special Assistant to the President on Foreign Affairs and Diaspora, had said “President Muhammadu Buhari gave the directive immediately the matter was brought to his attention about two weeks ago. My office has been working with the AGF as well as the Ministry of Foreign Affairs in that regard.”

The Presidential aide assured that progress was being made in Zainab’s case along with two others held in similar circumstances in Saudi Arabia.

“Zainab, although detained, had not been put on trial by the Saudi Arabia government. And with the hard evidence that those who implicated her have been arrested, a strong legal case is being made to the Saudi authorities,” she said.

Mr Habib Aliyu, the father of the alleged drug courier, Zainab, had appealed to the Federal Government to intervene in her daughter’s case and save the ‘innocent’ lady from being executed wrongly.

NYSC Program Is Not An Infringement Of Right To Liberty, Court Of Appeal Holds