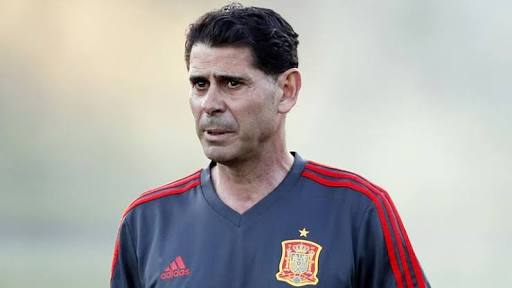 Fernando Hierro has stepped down from his role as Sporting Director of the Spanish Football Association, following their round-of-16 exit at the 2018 World Cup.

Hierro was sensationally appointed head coach on the eve of the tournament, after previous boss Julen Lopetegui was fired for agreeing to take the Real Madrid job.

The Spanish FA on Sunday, said in a statement, that the 50-year-old had decided against returning to his old role and would instead seek a new challenge.

“Hierro rejected going back to his former position as the RFEF sporting director, to look for new horizons and face new professional challenges,” the statement read.

“After two stints as the federation sporting director, the first one between 2007 and 2011 – which was the best era of the senior national team, when it won the European Championship under Luis Aragones as coach in 2008 and the 2010 World Cup with Vicente del Bosque – and a second stint from November 2007 until now.

“The RFEF wants to thank Fernando Hierro for his compromise and sense of duty when taking the reigns of the national team under extraordinary circumstances, as well as performing all his duties.