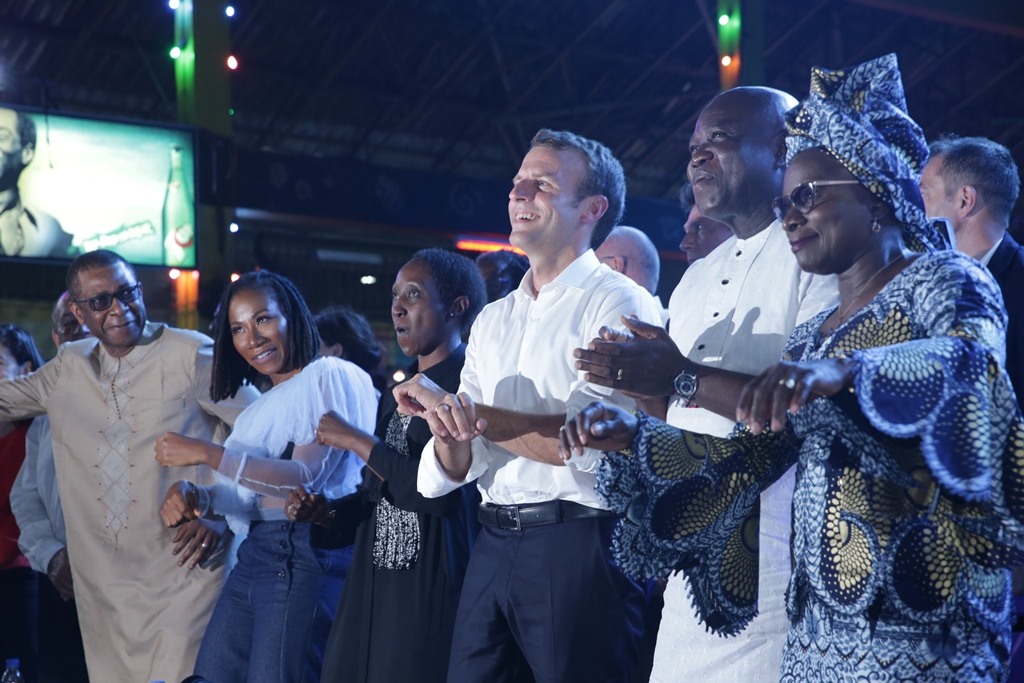 Femi Kuti, Afrobeat musician and son of music legend, Fela Kuti, has revealed what he told the French President, Emmanuel Macron when he visited the Africa Shrine in Lagos State.

It can be recalled that Buhari on Tuesday night received Macron at the Aso Rock Presidential Villa, Abuja after which he visited the Afrika Shrine in Lagos State.

Femi Kuti, thrilled the French President and other guests alongside dancehall singer, Yemi Alade with their performances at the New Afrika Shrine on Tuesday.

However, in a viral Image on Instagram, Femi Kuti disclosed that he told Macron that his visit led to the repair of the road leading to the shrine.

He revealed this while responding to a question by a fan.

Femi Kuti, responded in affirmation, ”yes he was told.”