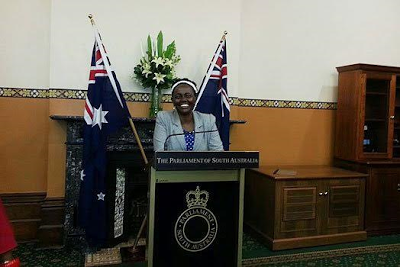 An Australian High Court has declared that Kenyan-born lawyer Lucy Gichuhi is free to become be the South Australian senator in the Federal Parliament.
The order comes after the Court of Disputed Returns dismissed a challenge from former Labor senator Anne McEwen, who was questioning the eligibility of the Kenyan-born lawyer from serving as senator based on concerns about her citizenship.
Justice Geoffrey Nettle presiding over the court hearing refused Labor’s application, saying issues about Ms. Gichuhi’s Kenyan citizenship had been referred to during court hearings over the last three months.

‘There has been nothing at all since at least January of this year precluding Ms. McEwen from forming the basis of her application or from assembling expert material with which to support it,’ Justice Nettle said.

According to him, Ms. McEwen’s application came too late.
Ms. Gichuhi who became an Australian citizen in July 2001 after migrating from Kenya in 1999 was elected to fill the South Australia Senate seat on Thursday after the high court’s decision to rule that her fellow Family First candidate Bob Day was ineligible.
Related Topics:
Up Next

53 people arrested at a gay wedding in Zaria, couple on the run