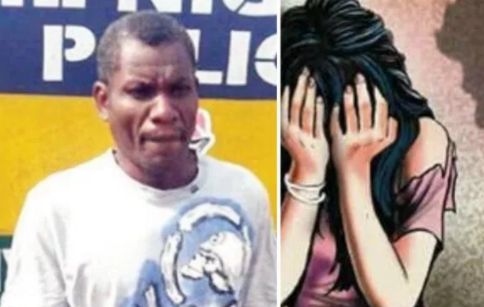 A 52 -year-old man, Paul Akpederi, on Wednesday pleaded guilty to r*ping his 16-year-old daughter as he was arraigned before an Ikeja Magistrate’s Court, Lagos.

The charge read, “That you, Paul Akpederi, sometime in 2012 till date on Adegbite Street, off Otunubi Road, Okuta, Ikorodu, in the Lagos Magisterial District, did forcefully and unlawfully defile your daughter, aged 16, thereby committing an offence punishable under Section 137 of the Criminal Law of Lagos State, 2015.”

The father pleaded guilty to the charge.

He was arraigned on one count of defilement before Magistrate B.O. Osunsanmi. Punch had reported that Mr Akpederi r*ped his daughter for three years.

Akpederi and victim’s mother had divorced, but the girl lived with him.

Police said he committed the crime between 2012 and 2017. But his counsel, Mrs. A.O. Gbadamosi, said the suspect was mentally-ill and appealed to the magistrate to allow him undergo medical check.

Osunsanmi thus ordered medical tests in order to ascertain the defendant’s mental state and adjourned the matter till December 6, 2017.