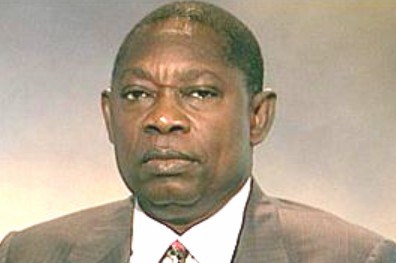 Kola Abiola, the first son of late Chief MKO Abiola, the acclaimed winner of the annulled June 12, 1993 Presidential election, has uniquivocally declared that his father was murdered.

Speaking to Channels TV in an interview make it monitored on Wednesday night, Kola said, “You don’t have to put a gun to his head to kill him. As far as I am concerned,, obviously, he was killed. He had a blood pressure problem, ordinarily. If he didn’t get a regular treatment, of course, if you have malaria and you’re not treated, you will die. That’s very simple. For me, passive? Directly? It’s what I will say in any situation.”

Abiola was arrested and detained by the General Sani Abacha led military junta after he declared himself the democratic President of Nigeria in the famous Epetedo Declaration on June 11, 1994. He died on 7 July, 1998 in detention. On Tuesday in Abuja, President Muhammadu Buhari conferred the highest national honour of the Grand Commander of the Order of the Niger of the Federal Republic (GCFR) posthumously on MKO and apologised, on behalf of the Federal Government, to the Abiola family for the way way their breadwinner was treated.

During the interview, Kola described the highest honour given MKO by the Federal Government as a confirmation of his father’s victory at the June 12, 1993 Presidential election.

He said the demand for the outright release of the result of the election by the Senate does not erase the significance of the President’s gesture as a recognition of his father’s electoral victory.

When asked if he would press for further investigation into the circumstances surrounding his father’s death, Kola said he would rather await the outcome of a Federal Government truth and reconciliation process.

“Collectivelly as a country, as a healing process, we got an apology from the Federal Republic of Nigeria. What else do you need?,” he queried, almost irritated.

When the interviewer, Gbenga Ashiru mentioned that the Senate was pressing a demand for the Federal Government to go ahead to declare the result of the June 12, 1993 Presidential election , Kola said that was what (Rochas) Okorocha used to call “ebereberism”.

“How many times have I been to the National Assembly and all they do is just talk,” he stated.

When Ashiru interjected that would Kola do it even for the records, he swiftly responded and said a categorical no.

“All they do is just talk. They just talk! And the next minute, they’d send you to a committee, and it dies there. That is what they call filibuster in politics. How many times have they not done what is right?

“So, for me, Mr. President (Buhari) has done undoubtedly what no other person was possible or capable of doing,” he said.

Channels TV asked if he would like to press for further investigation because many people believed late MKO died under mysterious circumstances, Kola said, “Yeah, we would get there.”

Channels said it would broadcast the full interview at 4.30pm on Thursday on its programme, Question Time.

Compassion is an important ingredient of our common humanity- Atiku

I only put my hand, I didn’t rape her – Driver tells court