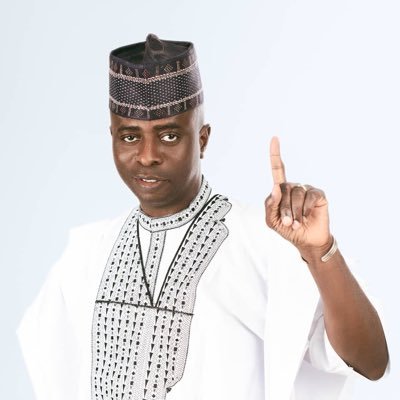 -Details Of Saraki’s Fall In Kwara

The last may not have been heard of the downfall of the erstwhile strongman of Kwara politics, who doubles as the President of the Nigerian Senate,  Dr. Bukola Saraki.

Bukola Saraki’s years of political domination of Kwara State may soon suffer a final fall as the governorship and states houses of assemblies elections are about to hold all over the country.

It will be recalled that Senator Bukola Saraki was reportedly disgraced out of Ilorin, capital of Kwara State after the Saturday 23rd February 2019 Presidential and National Assembly elections, where Saraki and all his anointed candidates lost their elective positions to the All Progressives Congress (APC).

The shout of ‘otoge, otoge,’ meaning ‘it is enough’ was reportedly heard around Saraki as he was leaving Ilorin township after the election with sources saying that the son of the late political godfather of Kwara State, the late Senator Olusola Saraki, who also assumed the position of a godfather, has been demystified by the people of the north central state, who used to hold him and his family in high esteem.

Reports coming from Kwara State indicated that there is confusion in the state chapter of the PDP as its governorship candidate, Razaq Atunwa has allegedly insisted on pulling out of the race owing to lack of funding of his campaign by the incumbent Governor Abdulfatai Ahmed, among other factors.

We gathered that the confusion deepened in the past few days as Ahmed made it clear he was not going to spend public funds to bankroll the campaign again as anti-graft agencies beamed increasing searchlight on the state government.

“At least three top officials of the state government — including finance commissioner Ademola Banu — have been arrested in connection with the N1bn loan recently obtained from bank and diverted to fund the presidential and National Assembly elections.

“Ahmed is afraid that he might be arrested and prosecuted if public funds are found to have been used to run the election, the source said.

“The tension is worsened by the crushing of the PDP at the presidential and National Assembly elections on February 23, with Senator Bukola Saraki and all his cronies failing to win their seats.

“There are yet-to-be successful efforts to convince Atunwa to remain in the race. He is bitter that he has become like an orphan. “The governor no longer allows free money for the campaign while others are mocking him that he (Atunwa) is probably responsible for the bad luck the PDP has suffered,” according to a source.

“It is now common, even in government house, for people to say ‘odaye Atunwa’ for PDP to win. There is this suspicion that the Governor is working for APC because of his nonchalant attitude to the PDP campaign. And indeed the governor was bitter that he was maltreated during the primaries.

“This is coupled with the fact that he was being blamed for everything,” said a source.

Our source added that the Saraki camp is now split down the middle as Ahmed made it clear he was not going to be the fall guy anymore.

According to the source,  “the crisis actually deepened with the subtle rejection of Saraki by Ahmed  after the senatorial ticket was withdrawn from him. In what looked like open declaration of war, Ahmed removed his WhatsApp DP that contained his picture with Saraki and replaced it with a picture of himself and Buhari. This has continued to breed bad blood, even though he has since returned the picture.

“So Atunwa knows he has no chance at all this Saturday. Besides, he believes that stepping down may be the perfect face saving measure.”

We were reliably informed that there is also the unabated tension about the lack of support for Atunwa by the likes of a chieftain of the PDP in the state and former minister of sports,  Bolaji Abdullahi and many others who felt he had been imposed on them.

“Besides, there is also palpable tension in the Saraki camp as several of his ‘good boys’ have gone underground after their leaders were flogged for making away with campaign funds.

“Top Saraki guys like Nasiru Subair and Auto were flogged for diverting money. Nasiru had his hands broken, while others were dealt with too

“Others have run away. Yet, there are many others who fear for their lives as security agencies have been asked to ensure anyone who will disrupt elections is taken down,” the source stated.

There were also reports that the civil servants in Kwara State received fake salary alerts prior to the postponement of the aPresidential/National Assembly elections initially scheduled to hold on Saturday 16 February,  2019, but this was denied by sources in the state

We were also informed that there was no iota of truth in the news that some civil servants in the state were sacked over ‘otoge’ protest in the state.

A staff of Kwara State Road Traffic Management Authority, Abdulrasaq Sulyman Saanu, who was reportedly sacked over an offensive posting against the government on the facebook, was said to have been recalled later.

It was revealed that a subsequent panel exonerated the man,  when he claimed the offensive post was by his son, and he was said to have been corrected by the panel which cleared him.

It was revealed that there is a procedure for staff discipline which wasn’t followed initially, and that instead of returning the initial  letter and collecting his letter of recall, the man  decided to hit the media.

The letter of recall was dated 28th February, 2019 and it was signed by the Chief Executive Officer of the agency.

Sources in Kwara State revealed that the people of the state were preparing a flip side of the “disgrace and humiliation of Bukola Saraki” and that things would never remain the same in the state after “the end of the over 40 years colonisation and oppression of the people of Kwara State by Saraki Family.”