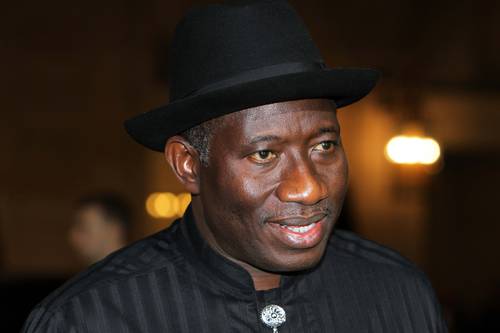 The Economic and Financial Crimes Commission says the sum of N27bn, which formed part of the proceeds of the sale of Power Holding Company of Nigeria, was shared among top government functionaries in 2014.

The EFCC disclosed this in a court paper filed before the Federal High Court in Abuja on December 5, 2017.

The total sum of N27,188,232,208.20, allegedly looted by the named officials was said to be meant for the settlement of the insurance premiums for disengaged members of staff of PHCN.

Among the top government officials, named in the alleged scam, were the then Chief of Staff to the then President Goodluck Jonathan, Brig. Gen. Jones Arogbofa (retd.); the then Accountant General of the Federation, Mr. Jonah Otunla; and the then Permanent Secretary in the Ministry of Power, Dr. Godknows Igali.

Others also named in the scam are a cousin to Jonathan, Robert Azibaola; a former Director-General, Bureau for Public Enterprises, Mr. Benjamin Dikki; and a former Minister of State for Power, Mohammed Wakil.

A supporting affidavit, filed alongside the EFCC’s ex parte application, stated how the money was shared.

The document, obtained by The PUNCH on Sunday, stated that the recovered money was being kept in the EFCC’s Recovered Funds Account domiciled at the Central Bank of Nigeria.

It added that apart from the monetary recovery, 12 houses as well as two pieces of land, located in Lagos, Ibadan and Abuja, and which were allegedly bought with proceeds of the loot, had also been recovered.

The commission, by its ex parte application, is seeking orders of interim forfeiture to the Federal Government of Nigeria” of the sums of N6,584,785,000.00 and US$222,000.00  “recovered in the course of the investigation and presently in the possession of the EFCC in its Recovered Funds Account domiciled at the CBN.”

It also seeks the interim forfeiture of “units of ASO savings shares worth the sum of N2,028,800,000.00 “recovered in the course of the investigation”.

It said the share certificates were “in the possession of the EFCC.”

The application also seeks an “order of interim forfeiture to the Federal Government of Nigeria of the properties allegedly “recovered in the course of investigation from several persons and bodies and presently under the control of the EFCC (the applicant).”

The commission is also asking the court to direct the publication of a notice in any national daily newspaper “inviting any person(s) or body, who may have interest in the funds and /or assets/properties to show cause, within 14 days of the publication of the order of final forfeiture to the Federal Government of Nigeria, why the said funds and assets/properties forfeiture order should not be made.”

The commission, through a member of its Special Investigation Committee, Madaki Yakubu, who deposed to a supporting affidavit, explained that it received intelligence report concerning the looted N27bn in August 2016.

The investigating officer explained that the sum of N27bn, which was part of the proceeds of the sale of PHCN, was released upon a recommendation by the Bureau for Public Enterprises and presidential approval, for settlement of insurance premiums for the disengaged staff of the company.

He said the money was released to Great Nigeria Insurance.

He said there were, however, hiccups that arose in the process of paying the money to GNI Plc, but instead of returning the money to the treasury, “some unscrupulous public officials conspired among themselves and misappropriated the funds.”

He added that investigation revealed, “that the funds, less taxes, which amounted to the sum of N27billion, was fraudulently paid to BBIL for further sharing to the conspirators ostensibly to collate details of beneficiaries, verify their claims and effect payment of group life and group accident insurance claim.”

On how the alleged loot was shared, the document stated, “That in furtherance of the fraudulent scheme, BBIL, in turn, paid out the sum of N6bn from the said funds to PJO Ventures Limited, a company controlled by Cecilia Osipitan, who doubled as the Managing Director/CEO of GNI Plc.

“That further to paragraph 9 above, the remaining sum of N20bn was further shared by BBIL amongst individuals and corporate bodies who acted as proxies and nominees of top government functionaries while BBIL also retained a part of the proceeds of unlawful activity for itself.

“That investigation further revealed that the details of the beneficiaries of the fraudulent sharing and criminal misappropriation of the public funds are as follows:

“Sunrise Estate Development Limited, a company controlled by one Sami A. Jaoude, fraudulently received the sum of N150m out of the funds from the account of BBIL on behalf of Brig. Gen. Arogbofa (retd.), the Chief of Staff to the then President Goodluck Jonathan, for development of a personal property.

“Kebna Studios & Communication Limited, a company in which Mr. Benjamin Ezra Dikki, the then DG of BPE, has interest, fraudulently received the sum of N1bn out of the funds by the order of BIBL.

“Cheltenham Investment Services Limited, controlled by one Ifeyinwa Umunnakwe Okeke, fraudulently received the sum of N475m out of the funds from the account of BBIL, ostensibly to invest on behalf of Dr. Godknows Igali, the then Permanent Secretary of the Ministry of Power.

“WESAC Farms Limited and five other companies, all linked to Otunla Jonah, then Accountant General of the Federation, fraudulently received the sum of N3.6bn out of the funds from BBIL and used the sum of N2.0288bn to purchase Aso Savings’ shares in the name of LAVAGRE Y Limited.

“Sentinel Investment & Property Limited fraudulently received the sum of N45m also from BBIL out of the misappropriated funds.

“KAKARTA CE Limited and its promoter, one Robert Azibaola, fraudulently received the sum of N2.5bn out of the funds from BBIL.

“Carozzeria Nig. Limited and Pikat Properties Limited, both controlled by the then Minister of State for Power, Mohammed Wakil, fraudulently received the respective sums of N118m and N30m from BBIL out of the misappropriated funds.

“Nathan Christopher Construction Limited received the sum of N475m from BBIL out of the misappropriated funds on the pretext of a loan.”

The commission stated that the funds” paid in favour of the respective beneficiaries thereof represent proceeds of unlawful activity, to wit criminal conspiracy, criminal breach of trust, criminal misappropriation and abuse of office by the public officers involved on one hand, and the unlawful act of obtaining by false pretences, receiving stolen property and money laundering by the companies involved and their promoters on the other hand.”

It added, “In the course of investigation, the public officials, representatives and management of some of the beneficiary companies surrendered the properties listed as items No. 5, 6, 7, 8, 9, 10, 11 & 12 in the schedule to the Motion on Notice, and refunded various amounts of money in Naira and US Dollars (the total of each is stated on the Motion paper) to the Recovered Funds Account of the EFCC domiciled at the Central Bank of Nigeria.

“That further to paragraphs 12 & 13 above, in the course of our investigation, we discovered that the properties listed as items No. 1, 2, 3 & 4 in possession of PJO Ventures Limited, were substantially purchased with the proceed of unlawful activities of the company and its promoters as stated in paragraph 9 above.

“That further to paragraphs 11(d) & 12 above, the boards of Aso Savings Limited and Lavagrey Development Company Limited have respectively passed separate resolutions surrendering and forfeiting to the Federal Government of Nigeria the said shares purchased with the proceeds of unlawful activity.

“That further to the foregoing paragraphs, I know as a fact that the recovered funds are proceeds of the stated unlawful activities and/or unclaimed properties, and that it is desirable and in the interest of justice to grant our prayers.”

Jonathan’s ex-Chief of Staff has been invited, cleared –Aide

Meanwhile, a spokesman for Arogbofa said the ex-chief of staff had been invited by the EFCC and cleared.

The spokesman, who spoke on condition of anonymity, said it was Igali that handled all the affairs of the Ministry of Power.

He said, “Mr. Arogbofa was invited by the EFCC last year and he explained everything he knew. Igali and his people were the ones running the entire power ministry.

“When the EFCC saw that he (Arogbofa) was innocent, they let him go. As I speak to you, he is out of the country because he is no longer on the EFCC radar. You can call his lawyer, Mr. Kayode Ajulo, for more details.”

However, attempts to speak with Ajulo on Sunday proved abortive as his telephone indicated that it was switched off.

I know nothing about that, says Igali

When contacted on the EFCC’s allegations against him as touching the N27bn allegedly shared proceeds, Igali, who was the former permanent secretary of the power ministry, told one of our correspondents that he was not aware of the case.

Igali, who claimed to be ignorant of the matter, requested to know when the court paper was filed.

When told that the paper was filed on December 5, 2017, at the Federal High Court in Abuja, he replied, “I don’t know anything about that.”

Attempts to speak with the former DG of BPE, Mr. Benjamin Filling, proved abortive as calls to his mobile rang out.

He had yet to respond to a text message sent to his mobile line as of the time of going to press.

Sexual Predators On The Prowl And Nigerian Kids Are their Target