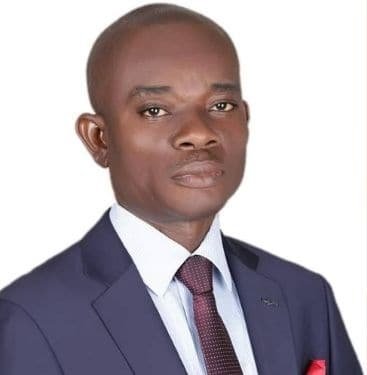 Former Ondo Deputy Speaker Iroju Ogundeji has denied reports that he and eight other lawmakers went to Owo, the country home town of Governor Oluwarotimi Akeredolu to beg to be forgiven.

Ogundeji said there was no reason for them to beg the Governor when they have not offended him.

The nine lawmakers pitched tent with former Deputy Governor, Agboola Ajayi and ensured the impeachment plot against him failed.

They were suspended from legislative activities but the court reinstated them.

An earlier report said the nine lawmakers were at Owo to beg Governor Akeredolu.

But Ogundeji said they were invited to the meeting at the instance of the Governor through the Assembly leadership.

Ogundeji said it was their constitutional right to support the former Deputy Governor.

His words: “We have no reason to beg the Governor. The meeting at Owo was initiated by the Governor though the leadership of the House requesting us to meet with the Governor.

“The meeting was not meant to beg the Governor. We didn’t offend him. We have not done anything to warrant us to beg him. It was our constitutional right to support the former Deputy Governor.”

But Chairman House Committee on Information and Orientation, Olugbenga Omole said the Owo meeting was at the instance of the aggrieved nine members and attended by all the 26 elected lawmakers.

Omole, who represents Akoko South-West Constituency 1, said the aggrieved members realised the need to work as one indivisible arm of government to accelerate the development of the state.

Another lawmaker representing Ondo Constituency 1 in the Assembly, Tomide Akinribido, said the meeting was a regular parley of the legislative arm of government with the Governor.

He said the meeting was expedient as the Governor was just inaugurated for another term in office.

Majority Leader and lawmaker representing Akoko North West Constituency 1, Jamiu Maito, said all contending issues between members have been sorted out to further smoothen the relationship between the executive and the legislature.

Maito said the people of the state would continue to see more of the legislators’ support for the Governor.

Deputy Governor, Mr. Lucky Ayedatiwa and the Chief of State to the Governor, Chief Olugbenga Ale, were also at the meeting.