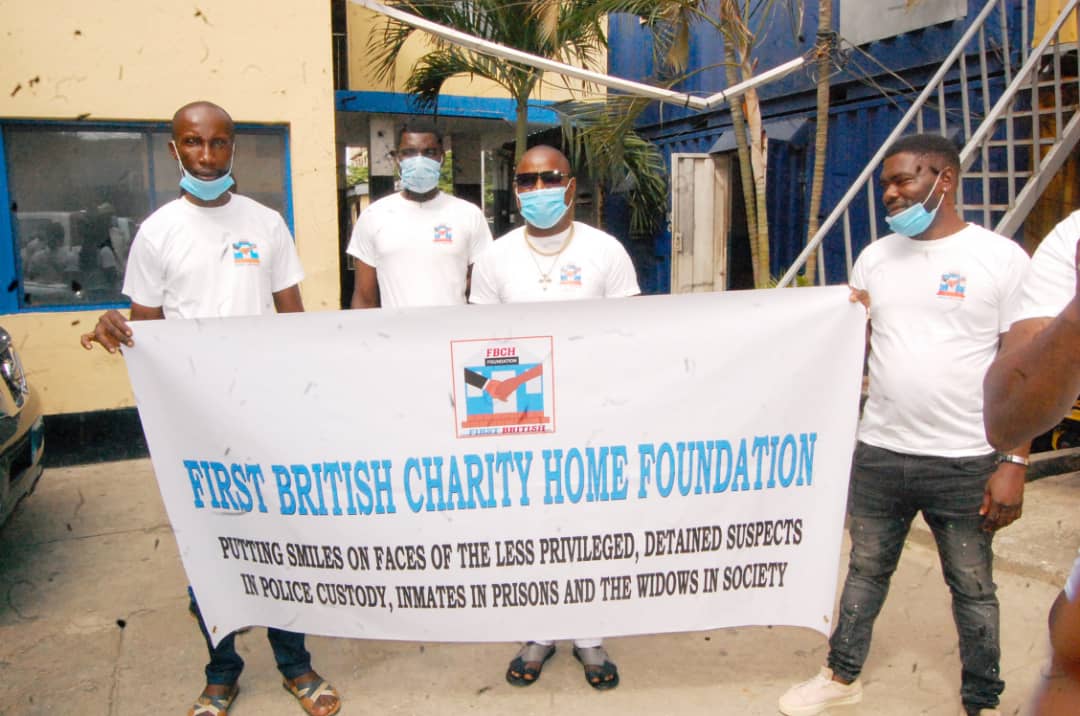 EMOTIONS ran high at the weekend at the State Criminal, Intelligence and Investigation Department (SCIID) Panti, Yaba, Lagos as suspects filed out in their hundreds to receive a plate of fried rice and meat with a bottle of table water each; courtesy of First British Foundation Charity Home.

The hitherto dread and awe associated with the ‘D’ Department of the State Police Command took a flight as passersby thronged the premises to catch a glimpse of the mammoth crowd that had gathered to witness the August occasion in June.

While the sharing of the meal lasted, an unnamed police Investigative Police Officer (IPO) was heard wittingly telling his suspects that the Foundation had saved him the money that would have been used to buy them meal for the day.

“Thank God for this people o, the money wey I for spend today to take buy food for una done save for me. When una eat this full plate of rice and drink water, una go sleep well, well,” he quipped.

Even a handful of Police personnel on duty that Sunday, June 6, 2021, were not left out of the goodies as they too collected one plate of rice each and table water.

Prior to sharing of the meal and receiving the donated carton of pain reliever and health equipment, Deputy Commissioner of Police (DCP) in charge of the SCIID, Mr Adegoke Fayode who was represented by his 2iC ACP Oketunbi expressed gratitude to the Foundation for the gesture and prayed for God’s hands in their activities.

The DCP also sought other areas of partnership especially in the provision of logistics.

Responding, the founder of the Foundation who doubles as the CEO of 3rd Intelligence, a private investigation company, said it was a thing of joy for him to engage in such venture not because he had much but because he knew what it was not to have anything.

He explained that the Foundation’s vision, which is solely financed through his lean purse, is to feed every suspect and inmate in custody once every day because he knew that the suspects, most of them, were victims of circumstances, adding that their livelihood depends on the meager salary of the respective IPOs.

He also said part of the vision of the Foundation was to reach out to the elderly in the villages especially, those with no children to cater to them.

He added: “By the grace of God, the vision of this Foundation is to feed every suspect in police cell and inmate in prison custody starting from Lagos. This is because I know from my working relationship with the police that nearly all of them, some victims of circumstances are being fed by their IPOs using their meager salaries.

“We’re not doing this because we have enough but looking at the present economic reality, if you compare some of us who are freely walking and working to those incacerated yet finding it difficult, you will appreciate what I am talking about.

“If you remember, last month we were at the FCIID Annex Alagbon where we also fed 48 suspects in custody and donated similar items. We also reached out to the elderly in my village in Abia State in 2020 during which we conducted free eye and blood test for them. So God willing, it is a gesture we wish to take round the entire country.” 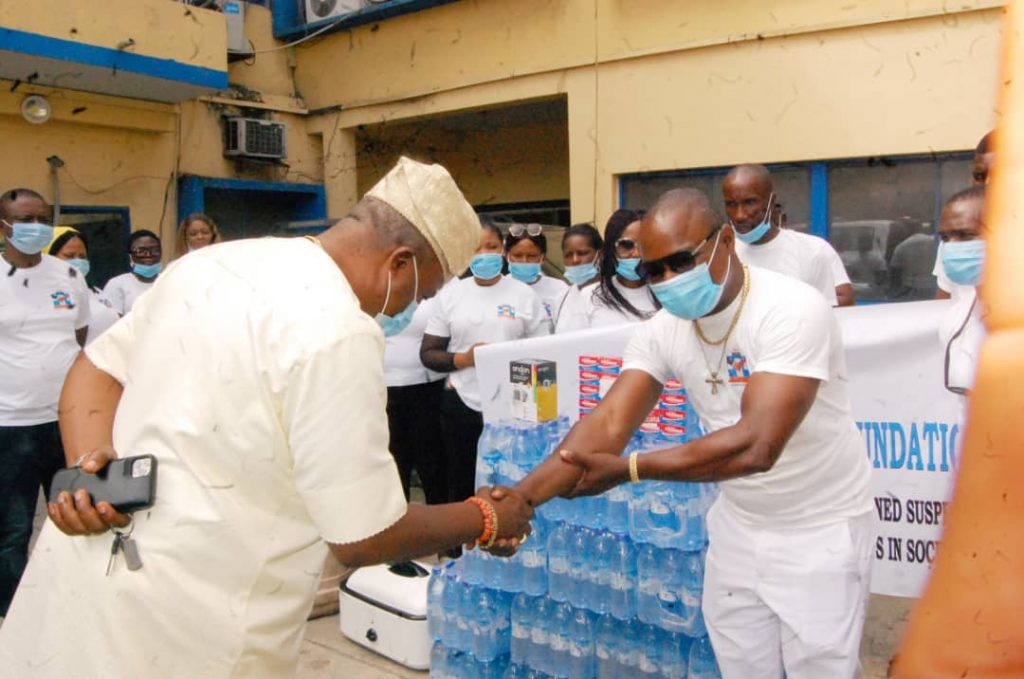 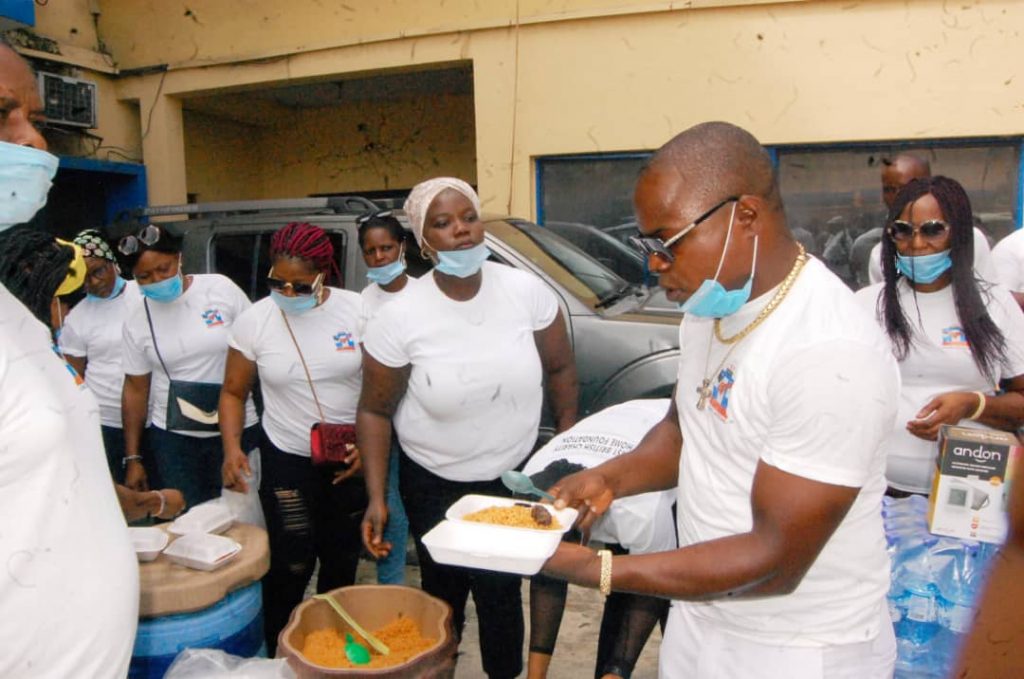 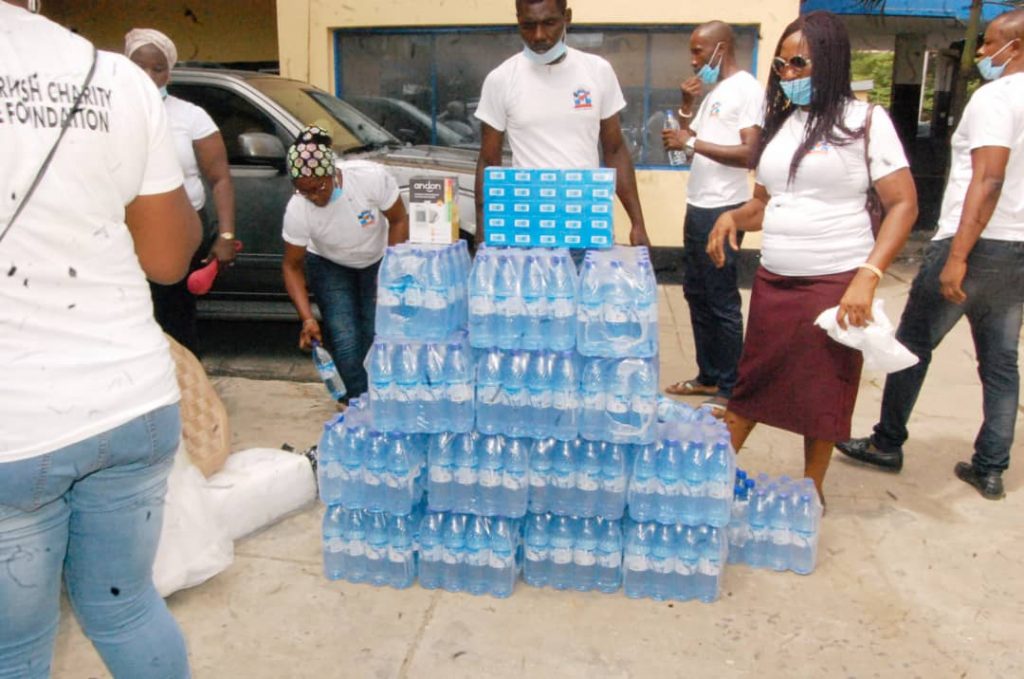