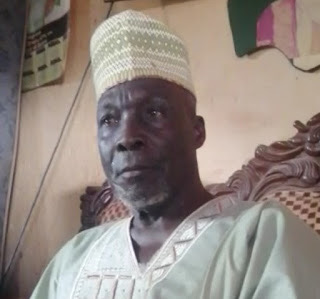 The Emir of Kajuru in Kaduna State has been caught on camera crying after his release.

The monarch was kidnapped alongside 14 members of his family including his grandchildren on Sunday.

The bandits demanded a payment of N200m ransom for his release

But in a twist of fate he was released Monday evening, We could not ascertain if the ransom was paid