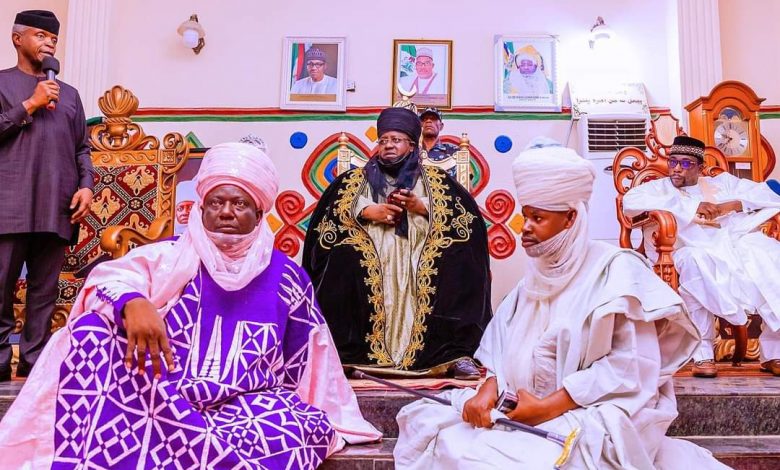 The Emir of Bauchi, Alhaji Rilwan Suleiman Adamu has denied reports that he endorsed Vice President Yemi Osinbajo for the 2023 presidential election.

The vice president’s aides through a statement had credited the Emir as saying if he was not a traditional ruler, he would have been the Bauchi State Coordinator of Osinbajo Campaign Group.

But the monarch in a statement signed by the Emirate’s Information Officer, Babangida Jahun, described the news on the purported endorsement as fake.

“The Bauchi Emirate Council has denied the fake news circulating on Social Media while making attempt to link the Emir with politics, the news is FAKE and imagination of the reporter with the aim to cause confusion and disharmony among the citizenry,” the statement said.

“To put the record straight, this is what the Emir said during the Vice President’s visit is: ‘I want to welcome you to Bauchi State. I believe you are in Bauchi for political activities but you still considered it necessary to visit me at this material time. This shows the love and respect you have for the traditional institution.

‘We believe that power belongs to Allah and he gives it to whoever he wants and at the same time, we are not politicians, we can’t participate in politics but we can only advise wisely.

‘We pray that whatever you are here to do today in Bauchi State is fruitful. Whatever will bring unity and peace in our country is what we are after,’: 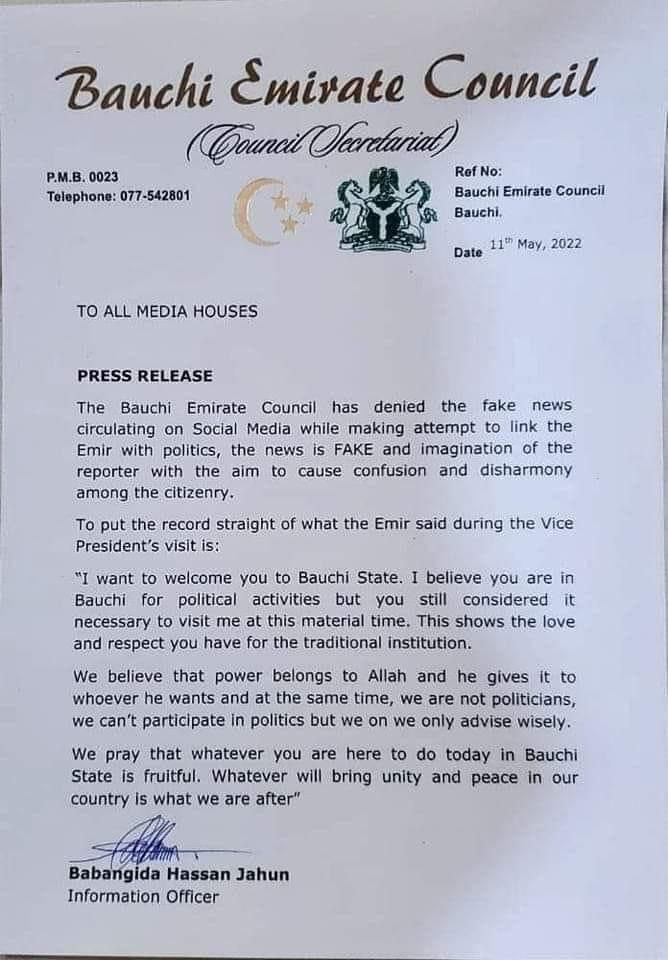