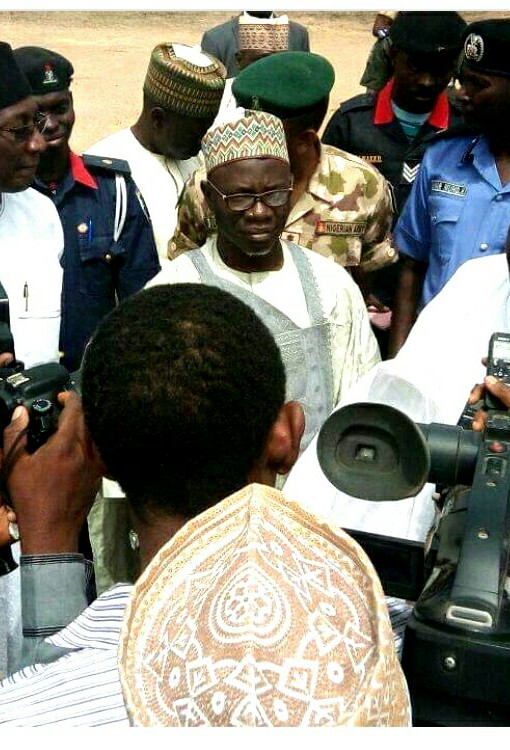 The Coordinator disclosed this while briefing newsmen on Friday in Kano said the corps members are expected to serve as ad-hoc staff during the forth coming 2019 general elections in Kano.

According to him, the training of the corps members which was organised by the INEC in collaboration with the NYSC is part of preparations for the elections in the state.

The NYSC Coordinator added that the exercise which will commence across the 44 Local Government Areas of the state on the Jan 3, to end 31st has so far recorded huge success.

Baba explained that the success recorded was due to the serious commitment of its entire staff and the cooperation given by the corps members.

He said, “their determination to serve their father land and to conduct free and fair election in the forthcoming general elections, the corps members in Kano have so far exhibited sign of commitment in ensuring a successful elections”.

According to the Coordinator, the Training is being co-facilitated by both INEC and NYSC Local Government Inspectors which so far featured pertinent lectures on election duties and responsibilities of corps members at the polls.

“Earlier to the commencement of the training, the INEC Resident Electoral Commissioner in Kano Prof. Araba Shehu-Riskuwa had paid a working visit to me.

And he described the corps members as tested and trusted instruments of the past credible elections, and 2019 will not be an exception”, Baba said.

The NYSC Boss commended the INEC for reposing confidence in the scheme  and for identifying corps members as ready tools for national development.

Buhari Hits Back At Obasanjo After Explosive Letter.

I spent all the money I had to make Amosun governor, says Osoba