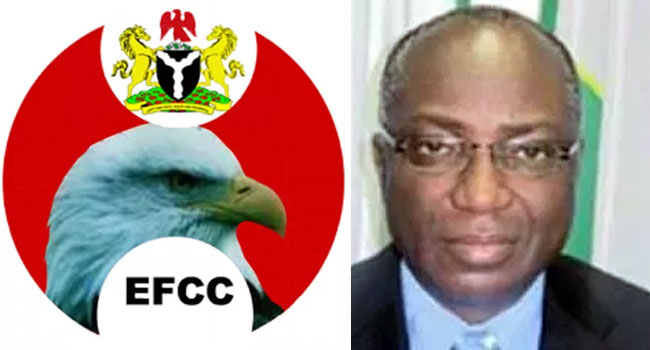 The Economic and Financial Crimes Commission (EFCC) has released a former Director-General of the Department of State Services, Mr Ita Ekpeyong, hours after his arrest.

EFCC officials supported by armed policemen had arrested Mr Ekpeyong on Thursday after from his residence in Asokoro, Abuja.

Details about the reason for his arrest are sketchy but it comes just two after his successor Mr Lawal Daura was fired by Acting President Yemi Osinbajo.

In November 2017, officials of the DSS believed to be acting under the directives of Daura had prevented EFCC officials from arresting him.

At the time, he was reportedly wanted by the anti-graft agency for his alleged role in the arms scandal involving a former National Security Adviser, Colonel Sambo Dasuki (retired).