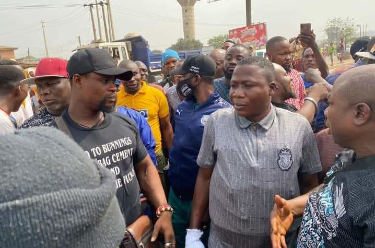 Department of State Services, Thursday, confirmed that its operatives carried out a midnight raid on the residence of Yoruba rights activist, Sunday Adeyemo, better known as Sunday Igboho, in the Soka area of Ibadan Oyo State.

The DSS further disclosed that it has launched a manhunt for Igboho, after he escaped arrest.

The agency also paraded 13 supporters of the activist who it said attacked its operatives during the raid on Thursday morning.

Where Did This Zulum Emerge From?