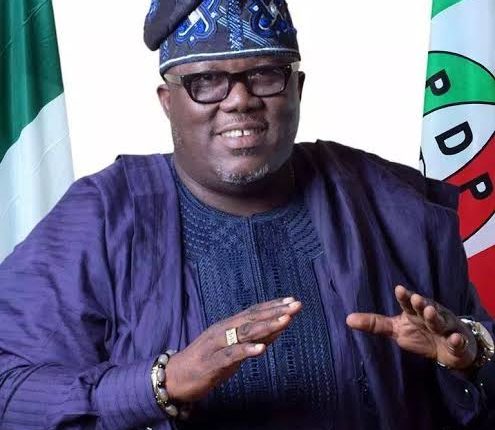 Doherty says: “The dichotomy between a landlord and the tenant cannot be overemphasised owing to their reasoning. Besides, tenant can never be trusted with the resources of the house because he can decide to go back to his former abode where he has any inheritance.”

To indulge the lazy fantasy of a political party as owned by a landlord, we must first ask: who made Doherty a landlord in PDP? If he is a landlord, is he wishing death on our fathers across this party so soon already? If contesting and losing the PDP gubernatorial ticket in Lagos since 2003 is what makes one a landlord, then maybe Doherty is a landlord.

But what kind of landlord allows the party secretariat to be taken away and the property of the party flung on the streets? Landlord Doherty is a mere caretaker who forfeited any claims of ownership by mismanagement of what was entrusted to him.

Permit us to indulge this illusion further: why is this caretaker afraid of a ‘tenant’? Is it not because he knows his record is poor and the real landlords, the thousands of delegates, are wary of him and would never give him the keys of our party? Doherty has been telling everyone that he controls them and now he is calling himself landlord over them, insult upon injury.

The actual truth is that PDP is a party of equality. The landlord mentality is why Jandor ran away from APC and submitted himself to due process in PDP. Let our other aspirants do the work and leave mudslinging for the general elections against APC. We are for unity and if Doherty wins the party ticket, we will support him. If Jandor wins it, we will support him too as a PDP member. No tenant, no landlord. Let everybody beware of this divisive tendency because to alienate Jandor and his group is to create a divided house and invite a repeat of past elections. What exactly are we fighting over while in opposition?? When we win, even PDP Lagos Neutrals will pick a side and fight for the spoils of electoral victory but please, let us win first.

We plead with Chief Deji Doherty to sheathe the sword and play the game with maturity. Stop attacking anyone: campaign to win and win for all of us. Let other aspirants also do the same, we beg.