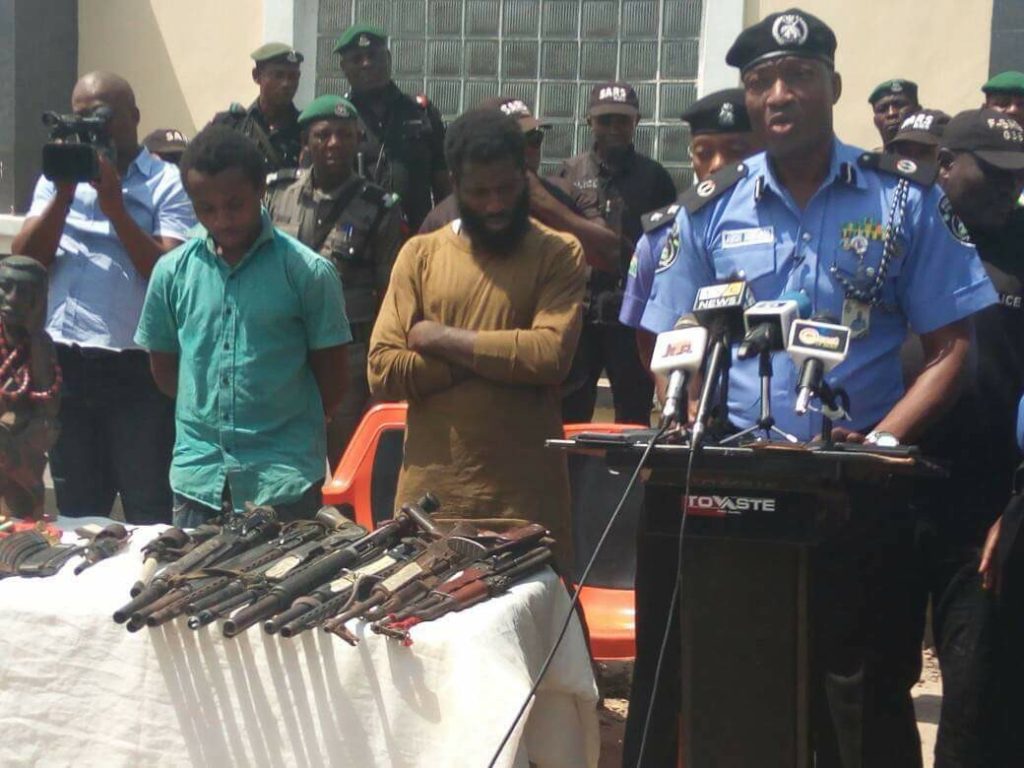 One of the two suspects paraded by the police on Monday has narrated how Senator Dino Melaye representing Kogi west in the national assembly gave him an AK47 rifle, two pump action guns and N430, 000 to cause mayhem in the state.

Following this confession the police in a statement on Monday released by its spokesman, Jimoh Moshood, said they have filed a case in a Lokoja court accusing the senator and three other persons of illegal possession of firearms.

The police took the action, following the confession of two ‘dreaded’ thugs who claimed they were working for Melaye.

The men were arrested on 19 January at Ogojueje in Dekina Local Government Area of Kogi State, after a shootout with the police and have confessed being hired by Melaye, to cause mayhem in the state, Moshood said.

One of the persons arrested was identified as 31 years-old Kabiru Saidu, a.k.a Osama. The other was Nuhu Salisu, who is 25 years-old. The third person charged to court was identified as Alhaji Muhammed Audu, a politician, who is now said to be at large.

The police said they seized from the thugs and their gang members, two AK47 rifles, five pump action guns, two locally made pistols and heaps of charms.

According to the police, the men not only confessed to have been involved in several kidnappings in the state and environs, they also claimed to be hired thugs for politicians.

“According to the gang leader, Osama, he has been working as a political thug for one Alhaji Mohammed Audu a Politician in the State.

The police said Osama further confessed that Melaye handed over a bag containing one AK47 rifle, two Pump Action guns and the N430,000.00 to share with his boys.

“A case of Criminal Conspiracy and unlawful possession of prohibited firearms have therefore been filed by the Nigeria Police Force at Federal High Court Lokoja on 16th March, 2018 against the two suspects mentioned above, Senator Dino Melaye and Alh. Mohammed Audu who is also a suspect in the matter and is now on the run.