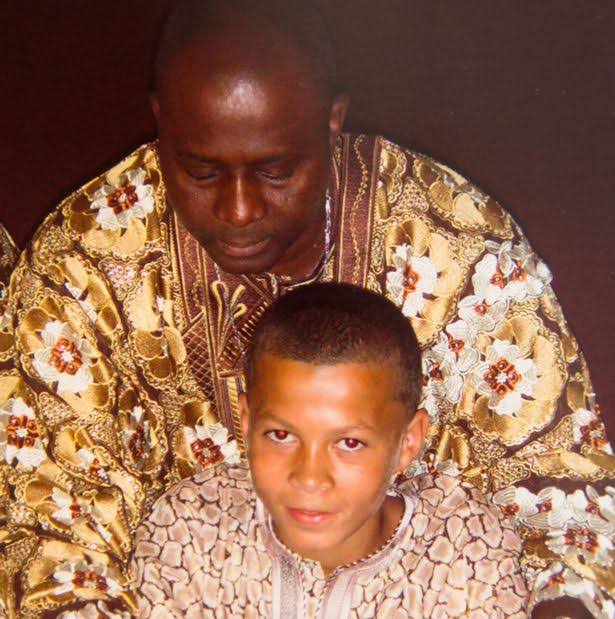 The heartbroken parents of England footballer Dele Alli today reveal their despair at having no part in the superstar’s life.

In an extraordinary interview, Dele’s mum Denise repeatedly breaks down as she tells how she now cries herself to sleep at night over the ordeal.

His father Kehinde, a multi-millionaire businessman, tells how the only thing missing in his life is his first-born son.

Despite splitting when Dele was a child, his parents came together this week and spoke out in a desperate bid to repair their relationship with the £60,000-a-week Spurs midfielder. 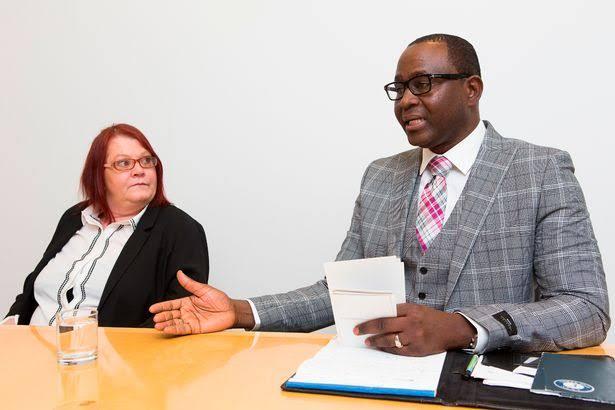 As they opened up family albums to reveal happy photos of Dele’s childhood Kehinde, 47, told the Sunday Mirror: “I just do not understand what we have done wrong.

“He refuses to speak to me and it feels like he’s been taken from us. But I won’t give up on getting him back.”

“I want to be able to hug him and let him know we all love him to bits.

“I’m not interested in his money, I’d love him the same if he worked in McDonald’s. We just want our son back.”

He won the prestigious PFA Young Player of the Year award at the end of last season and is now being linked with a mega-money move to Spanish giants Real Madrid.

But while his career has rocketed since leaving home-town club Milton Keynes Dons, his relationship with his parents has completely broken down.

Neither has been able to see him since he signed for Tottenham in February 2015 – an estrangement which has not only broken their hearts but left them bewildered.

Recalling him leaving, Denise said: “He was in great spirits and said, ‘I love you mum’. I had no idea that would be the last time I would see him. It still leaves me shocked.”

Last August it emerged Dele would no longer wear Alli on the back of his shirt, as he said he felt “no connection” to the name.

He and Denise, then a full-time mum of two, married after a whirlwind romance. They broke up three years after Dele was born. In 2000 Kehinde moved to Canada for work, returning to the UK regularly.

Despite the distance the couple stayed close, with Kehinde supporting Denise and all her children. When Dele was eight, Kehinde moved back to his home city of Lagos. 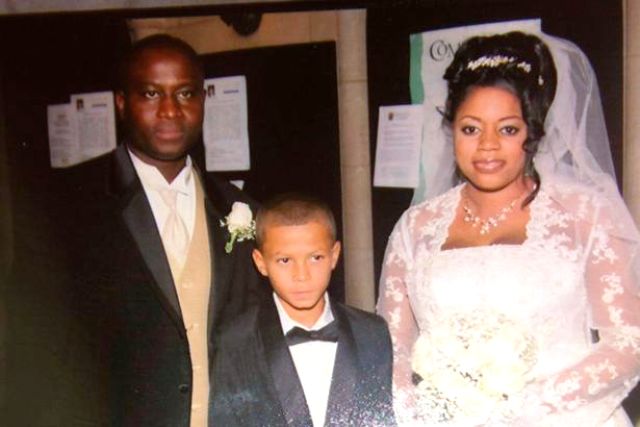 The youngster – a prince of Nigeria’s Yoruba tribe through birth – soon moved there to join him.

They lived in a 10-room mansion where Dele led a life of luxury, being waited on by three maids and attending a private £20,000-a-year international school. 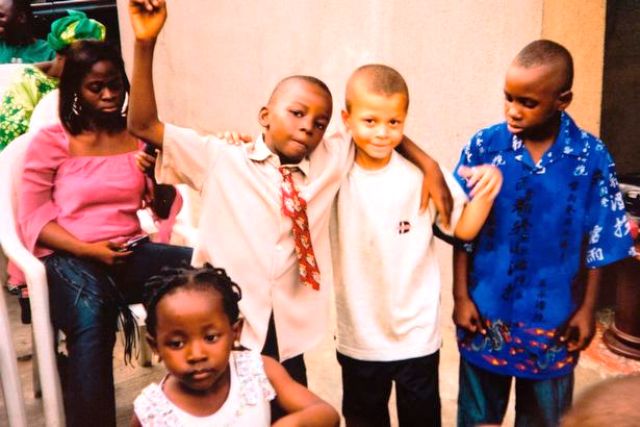 Dele later moved with Kehinde to another mansion in Houston, Texas, and was best man at his dad’s wedding to Lola in 2006.

He returned to England aged 11 after his talent for football and obsession with the game became clear.

Kehinde says: “It was hard for me to let him go but I knew it was the best thing for him and his ambition.”

After returning to Milton Keynes to live with Denise, Dele began playing for junior side City Colts.

He was quickly spotted by youth scouts from the town’s Football League club MK Dons.

Denise said: “When he was about 13 Dele began training at MK Dons five days a week. So for convenience he began staying at his best friend’s house during the week, before coming home at weekends. It was hard to let him live away from home, but we didn’t have a car and I was finding it hard to get him to training myself. 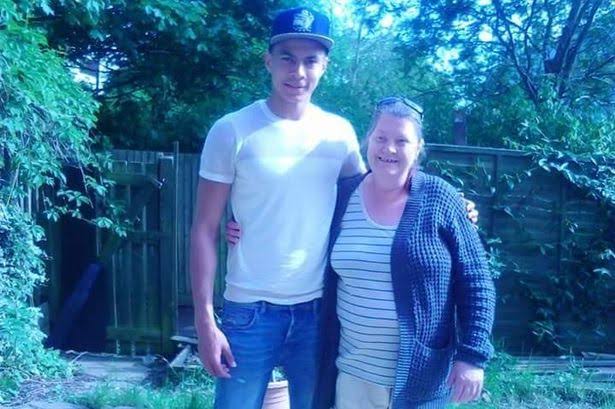 “It has been said that I was suffering from alcoholism and I gave him up because I couldn’t look after him, but that is a lie. I wanted to give him the best chance of achieving his dream, but he was still my son and I was there for him whenever he needed me.

“He was never adopted by his friend’s parents – I would not have allowed it. My kids are my world.”

Dele’s parents were saddened that they missed out on seeing him sign his first professional contract for MK Dons, aged 16, as they were not invited or told it was happening.

And as time went on he gradually began to withdraw from his family.

Our exclusive picture of Dele with his mum shows them together the last time he spoke to her, two years ago.

In despair, Denise went to try to talk to him outside Tottenham’s White Hart Lane stadium after a match there last year. But instead of stopping to speak to her he simply walked to his car.

Wiping away copious tears, Denise recalls: “I didn’t have a ticket for the game but I went to the ground because I wanted to try and see Dele.

“I waited outside after the match and when Dele came out I quietly said to him. ‘Dele… it’s me… your mum’.

“He didn’t stop. He just looked at me, said he was busy and drove off. I was in tears, it was heartbreaking.

“Some fans who had overheard asked if I was really his mum and why he was treating me like that. I told them, ‘I just don’t know’.”

“When I got home I had a call from a man who said he represented Dele. He accused me of shouting to Dele, which I didn’t, and said if I tried to do it again I’d be banned from the ground for life. It was horrible.”

Kehinde, an oil, gas, and technology entrepreneur, thinks his son is being manipulated by others for financial gain.

He has repeatedly made the 5,000-mile journey to London from his home in Houston, trying to reunite the family. He has bought tickets for a string of Spurs games home and away just so he can see Dele in the flesh and support him, including at the club’s 1-0 win over Middlesbrough earlier this month.

He has also spent a full day standing outside Tottenham’s training ground and even paid to go on a tour of White Hart Lane in the hope he would see Dele.

Kehinde says: “Not being able to see or speak to him hurts a lot. Myself and his brothers watch all his games on TV and they ask me, ‘Why won’t he see us?’

“Dele has apparently told his sister I was never there for him growing up, but I can’t understand that. He lived with me for years and I have always been there for him both emotionally and financially. 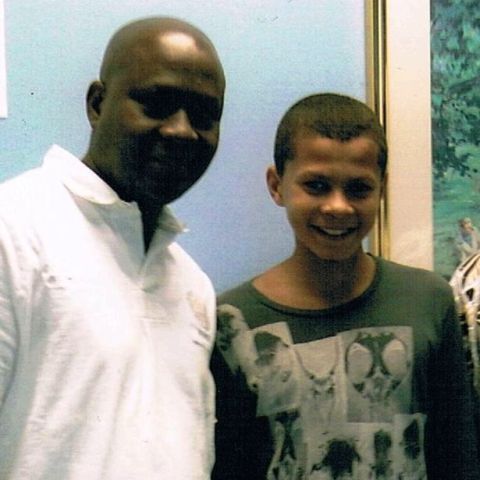 “Up until he was an adult I paid for every holiday he ever went on and all his costs. I bought him his first car when he passed his driving test. Now he is turning his back on the family who love him.”

Kehinde adds: “I know some people will think we just want him for his money, but it couldn’t be further from the truth. I’m very wealthy in my own right and I don’t need a penny from Dele.

“I just want to be here for him and for him to know that I love him.” 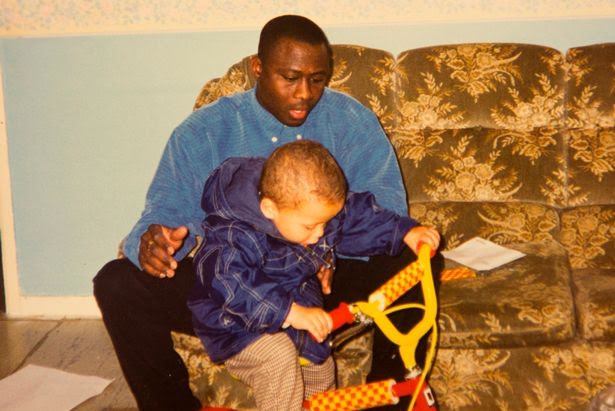 Denise, who still cuddles Dele’s childhood Chelsea FC bedspread to feel close to him, says: “Every night I say a prayer asking for God to bring him back to us. I dream about him coming home.”

Dele as his dads best man at his second wedding

Dele Alli said he had no comment to make on his parents’ claims.