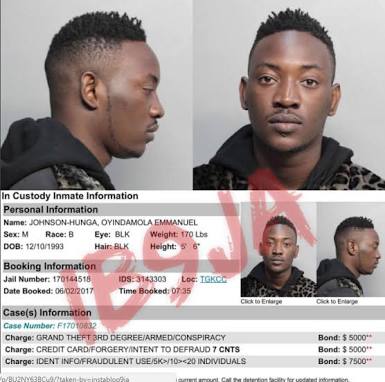 The 25-year-old whose real name is Johnson-Hunga Oyindamola Emmanuel, was arrested on Friday, alongside another Nigerian identified simply as Chukwuebuka.

His details have since been published on jailbase.com.

A bond of $17,500 has been placed on his head.
Before this incident, the singer resided in Davido’s house in Atlanta and was pictured flying in a private jet in the past few days.
Related Topics:
Up Next