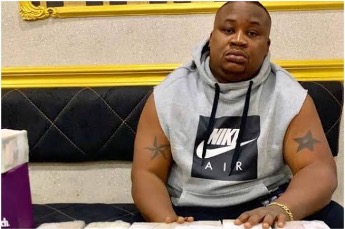 THE WITNESS reported earlier about how the EFCC arrested Cubana Chief Priest for alleged tax fraud and money laundering.

According to reports, Okechukwu, who was arrested at the Lagos airport on Thursday, was quizzed by anti-graft operatives while the agency was said to be on the hunt for his accomplices.

During his grilling in the anti-graft agency custody, it was gathered that only his wife and family members were allowed to see him.

He wrote, “@officialefcc Tested Ok? Thank You Fam?? I Will Never Forget, What Doesn’t Kill You Makes You Stronger, Make Una Resend All My Birthday? Wishes.”