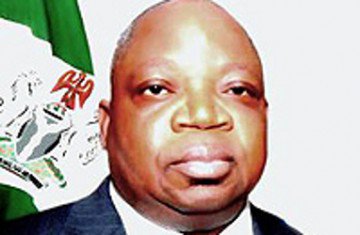 Justice Nnamdi Dimgba of the Federal High Court sitting in Abuja on Tuesday ordered the temporary forfeiture of N6,584,785,000; $222,000 and Aso Savings Limited shares valued at N2,028,800,000 allegedly derived fraudulently from proceeds of the sale Power Holdings Company of Nigeria (PHCN) to the Federal Government.

Justice Dimgba also ordered an interim forfeiture of 12 houses and plots of land located in Lagos, Ibadan and Abuja allegedly bought with part of the loot.

The judge gave the orders while ruling on an ex-parte motion filed by the Economic and Financial Crimes Commission (EFCC).

The EFCC alleged that the confiscated property formed part of assets allegedly acquired by some former aides and a cousin to former President Goodluck Jonathan.

They were accused of diverting N27, 188,232,208.20 proceeds of the defunct Power Holding Company of Nigeria (PHCN) Severance Insurance Premium.

The seized assets were discovered during “investigations into PHCN Severance Insurance Premium.”

The judge granted the motion in chambers on Tuesday after it was moved by EFCC’s lawyer, Ben Ikani.

In his ruling, Justice Dimgba also directed the EFCC to publish the orders in any national daily within 14 days, following which any persons or organisations interested in the assets would be entitled to challenge the court orders.

He adjourned further hearing in the case till February 6.

In the ex -parte motion, EFCC named top government officials involved in the said scam to include the ex- Chief of Staff to Jonathan, Brig.-Gen. Arogbofa (retd), former Accountant-General of the Federation, Mr. Jonah Otunla, and ex- Permanent Secretary in the Ministry of Power, Dr. Godknows Igali.

Others were – Jonathan’s cousin, Robert Azibaola; a former Director-General of Bureau for Public Enterprises, Mr. Benjamin Dikki; and a former Minister of State for Power, Mohammed Wakil.