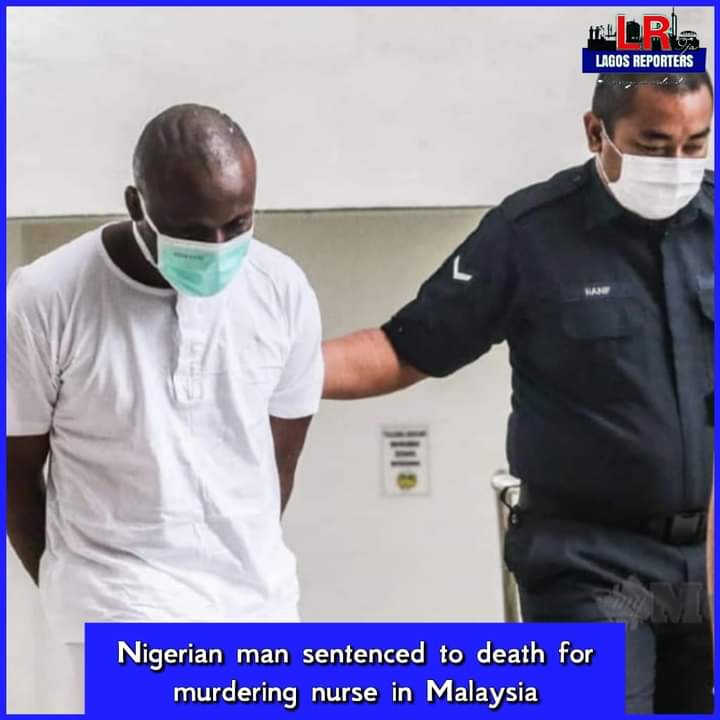 A Nigerian, Alowonle Oluwajuwon Gilbert, has been found guilty of killing Siti Kharina, the Chief Nurse of Serdang Hospital in Malaysia in 2019.

On Wednesday, the High Court sent him to the gallows to be hanged.

Judge Datuk Ab Karim Ab Rahman gave the judgement after finding that the prosecution proved its case beyond reasonable doubts.

Gilbert has been given the opportunity to appeal the sentence at the Court of Appeal.

The judge noted that the accused’s testimony that he left the victim’s house on May 8, 2019, turned out to be false.

The claim contradicted footage of a closed-circuit television camera at the Third Avenue Condominium, Cyberjaya, which recorded him leaving the premises on May 9.

“The testimony by the accused that he was no longer with the victim on May 8, 2019, and had left the residence by then, is merely a denial,“ the judge said.

Ab Rahman added that the defence could not counter the traces of blood and Deoxyribonucleic Acid (DNA) belonging to the victim found on the shirt worn by the accused on the day of the incident.

The Nigerian was charged under Section 302 of the Penal Code with murdering Siti Kharina at a condominium unit in Cyberjaya.

She went missing on May 8, 2019 after last sighting at the Serdang Hospital parking lot at 4pm.

Siti Kharina was found dead with slash wounds to her chest, neck and head on May 15, 2019.