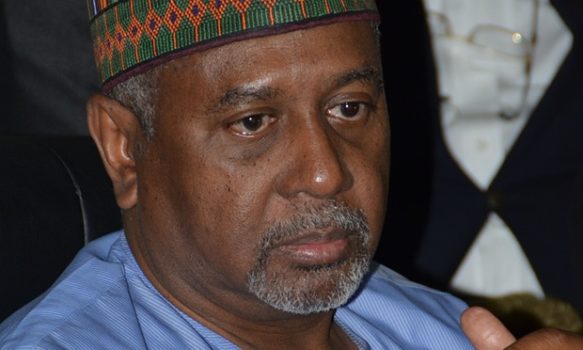 Former National Security Adviser (NSA), Col. Sambo Dasuki (retd), will soon regain his freedom from the custody of the Department of State Security (DSS), after over two years.

This fact emerged yesterday as the Abuja Division of the Federal High Court formally served the DSS and the attorney-general of the federation and minister of justice with a warrant of his release.

Dasuki, who is facing several charges in various divisions of the court over alleged money laundering and illegal possession of firearms, was on July 2 granted conditional bail by the federal high court, after two years in detention.

The bail conditions were Tuesd fulfilled by Dasuki, who had previously perfected other bail conditions granted him by four different judges of high courts. In a swift reaction, the Presidency has said Dasuki, is free to go once he meets the bail the condition of the court. A top Presidency source who pleaded for anonymity said the DSS confirmed that he would go as soon as he fulfills his bail conditions.

According to the source” We have confirmation from the DSS that Dasuki will be allowed to go on bail if he meets the conditions set for him by the court.”
Justice Ijeoma Ojukwu of the Federal High Court had formally endorsed the bail application granted him on July 2, 2018.

The judge endorsed the bail application after Dasuki perfected all the conditions imposed on him by the court.

The regional court of the Economic Community of West African States (ECOWAS) had in its judgment ordered his immediate release from detention and imposed a fine of N15 million on the Federal Government for unlawful detention.

The warrant of his release, dated July 16, 2018, with the title “Verification of Bail Conditions” and signed by Mba Nkem A. Omotosho, deputy chief registrar, was served on the DSS and the office of the minister of justice in Abuja.

According to the warrant,  “Pursuant to the judgment order made on Monday the 2nd day of July 2018, granted by his lordship, Hon. Justice Ijeoma L. Ojukwu, directing various conditions to be fulfilled prior to the release on bail of the applicant (Col. Sambo Dasuki Rtd), I have scrupulously verified the entire conditions of bail as ordered by his lordship and the three ambits are fulfilled.

“Hence, the respondents, the director-general, State Security Services, and attorney-general of the Federation, are hereby notified as directed by his lordship for the subsequent compliance of same. Attached herewith is the enrolled order of the court and all the necessary bail documents for your perusal and aggrandizement.”

I snatch motorcycles because people no longer build houses – Bricklayer

The Bridge Will Only Be Closed For Three Days, Contrary To Reports; Fashola Clears Air On 3MB Closure