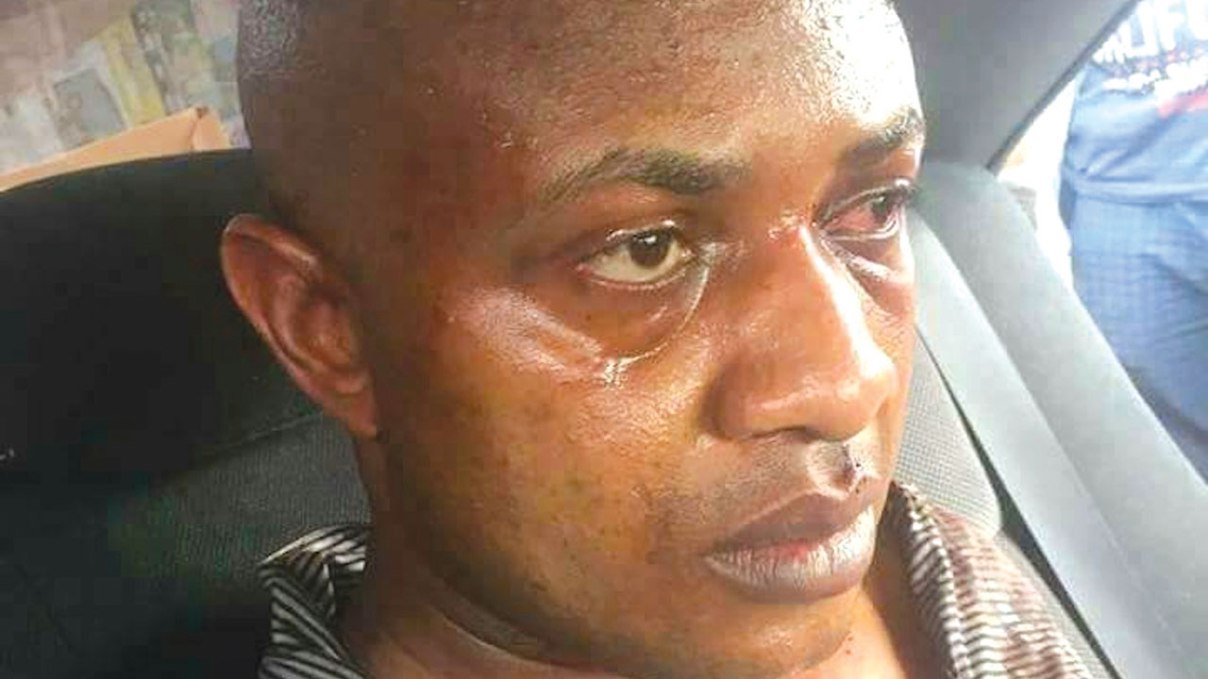 Justice Oluwatoyin Taiwo sentenced the convicts, 32-year-old Kelvin Emenike Ukoh and Emeka Obasi, 33 over the abduction of one Ugoje Jude, a shipping agent, and his staff, Miss Piriye Gogo on August 3, 2012.

The convicts were arraigned in 2013 alongside three others: Uche Igbani, 28, Chibuzor Osuagwu, 33 and a 36-year-old woman, Onowu Ngozi, on a 14 count-charge bothering on conspiracy, kidnapping, armed robbery and murder.

The gang had kidnapped Ugoje and another staff, Piriye Gogo who were taken to an unknown destination by their leader, Evans.

Narrating her ordeal before the court, Miss Gogo said that the three men accosted them with rifles on their way home and that she was almost raped inside the car, but was saved by her monthly menstrual period.

While being led in evidence before the court, Gogo disclosed that during the abduction, one of the kidnappers, Obasi, came into the car, after dragging her boss out for negotiation at an undisclosed location, and started fondling with her breast.

Gogo said, “He came into the car, tore my clothes, pulled down a side of my bra and began caressing my breast. He thereafter started dragging down my shirt and I began begging him. I begged him until I had nothing else I could plead with. I begged him intensely for mercy and even told him that I was menstruating.

“It was as though all my pleas fail on deaf ears, I had to insert my hand into my vagina just to show him. The blood I showed him prevented him from raping me. It was a terrible experience.

“He, thereafter, asked whether Mr. Jude was the owner of the company. And I replied that we were just clearing agents. They also seized our mobile phones, jewellery and money.

“They blindfolded Mr. Jude, brought him back into the car, asked me to face down with my eyes closed, and then drove off to another location. They spoke Igbo almost all the time so I could barely understand what they were saying or taking us to.

“While driving off to the other location, they asked if I could drive, I said no. So they dropped down from the car and took Mr Jude with them. They ordered me to face down and not look at their faces or I will be shot dead. They abandoned me and the Honda pilot car at 2nd bridge alongside expressway, where I waited until I saw a police patrol and flagged them.

Also testifying, Jude said his abductors initially ordered him to pay N10m for his release but after negotiations, they collected N5m.

After listening to them, the trial judge, Justice Taiwo convicted and sentenced Ukoh and Obasi to 5, 15 and 21 years for conspiracy, kidnapping and armed robbery respectively, while the other three were discharged and acquitted by court.

The judge held that the prosecution could not prove that those acquitted Igbani, Osuagwu and Ngozi were linked to the alleged charges of murder, conspiracy, kidnapping and armed robbery.