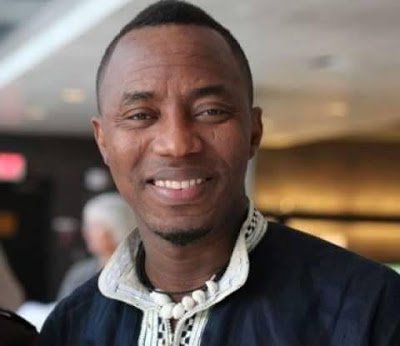 The Federal High Court in Abuja, on Friday, granted bail to the convener of #RevolutionNow protest, Mr. Omoyele Sowore, and co-defendant, Olawale Bakare.

Justice Ijeoma Ojukwu also barred them from addressing any rally pending the conclusion of their trial on charges of treasonable felony among others.

She also barred Sowore from travelling out of Abuja and the second defendant out of Osogbo, during the trial.

She granted bail to Sowore in the sum of N100m with two sureties in like sum.

The sureties, who must be resident in Abuja must also have landed assets worth the bail sum in Abuja, and they are to deposit the original title documents of the assets with the court.

The judge also ordered him to deposit the sum of N50m in the account of the court as security.

She granted bail to the second defendant in the sum of N50m with one surety.

The judge ordered that the defendants be remanded in the custody of the Department of State Services pending when they would meet the bail conditions.

FG warns travelers and tourists against Bobrisky, says he might leave them with diseases