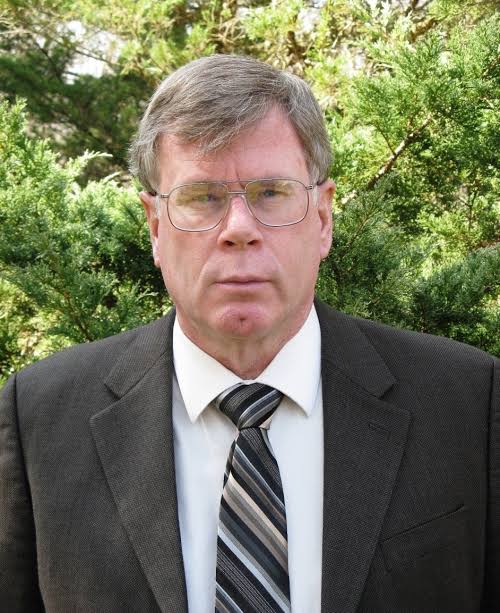 Recently, 77 member nations of a global coalition brought together to seek out solutions to combating the Islamic State (IS), convened to address the alarming increase of extremist terrorist activities perpetuated across African contest the continent of Africa.

“We see big challenges on the horizon. We recognize that we can’t tackle them alone”, U.S Secretary of State, Antony Blinken stated.

Africa’s strategic importance has risen sharply since the end of the Cold War in the eyes of foreign powers, as nations lobby to greater partner with leadership on the continent; particularly, seeking to collaborate to strengthen security cooperation internally in Africa in order to create new and sustainable opportunities for growth.

In turn, Africa’s military leaders are themselves looking to find effective, autonomous means for which to garner intelligence and engage from within Africa’s diverse, often austere battlespace environments where regularly, such violent terrorist activity is undertaken.

They appreciate the importance in taking advantage of recent breakthroughs in aerial reconnaissance and engagement innovation while minimizing the exposure of personnel or collateral damage in the process.

Meanwhile, overseas and for the past two decades, the role of unmanned systems on the battlefield has been steadily increasing, ushering in what has been referred to as a global ‘Precision Revolution’ by many notable warfare analysts.

Key to this development has been these systems’ ability to decrease the exposure of friendly forces and their effectiveness in engaging within both inhabited and uninhabited areas day or night, scenarios where the use of airplanes can be otherwise problematic.

These cutting-edge UAVs provide consistency in surveillance and support, offering greater real-time intelligence – be it from a matter of meters to thousands of kilometers in distance.

Moreover, they can engage unprecedentedly deep from within a given battlespace and even incorporate ‘swarm’ intelligence and precision strike capabilities in doing so, allowing for multiple drones to operate in formation.

And yet despite Africa being a priority theatre in the fight against terrorism and often the base of origin for what are today highly exportable global threats, many do not associate military drone technology with the continent. However, in terms of need, the exact opposite is true.

Recent advancements in both UAV affordability and their multi-purpose versatility have equated to serious consideration for drone technologies’ adoption by African militaries across the continent. This, coupled with Africa’s embrace of digital production and fourth industrial revolution (4IR) inspired technological prowess has meant the potential for a leapfrogging or skipping of individual stages of evolution in the aerial combat arena, embodied through the development and deployment of technologies such as drones.

As these systems continue to undergo technological change, the ability to deploy them has molded to users’ requirements and capabilities.

Previous ideas on the role of unmanned systems working in the long-range and long-endurance spheres have shifted, as the need to gather a high-fidelity, actionable threat picture has increased.

As the costs of unmanned systems have also dropped dramatically, the ability to create more disposable assets has become easier.

Of critical importance in the air domain, the mimicking by UAVs of some of nature’s key defensive and offensive capabilities – swarming – now means that military operators can gain a significant advantage over their adversaries.

Air dropped swarms have proven that decision-makers can saturate an area with sensors to provide a rapid, data-rich picture of activity within an area that would otherwise necessitate putting multiple people on the ground.

Improving the sensor processing of these swarms, as well as pairing them with advanced artificial intelligence (AI) capabilities, can allow for greater flexibility and agility in the swarm, thereby reducing the burden on a human end-user, while enhancing responsiveness to dynamically changing situations.

In an offensive capability, the role of a swarm can be to ensure that a target is successfully attacked, and that defensive capacity is overwhelmed. As warhead size and capabilities are improved, creating drone swarms also means engaging more complex target sets – such as multi-building facilities or moving formations of vehicles. If a target’s defensive systems include mobile or portable systems, then a swarm can work to adapt to changes in real-time.

In rapid mobility operations, a frequent in African defense and security scenarios nation on nation, seconds count – Loitering munition technologies can be deployed quickly for rapid mission turnaround while throughout allowing for a significant reduction in the kill chain, as the time between detection and target prosecution can also be greatly reduced.

Further, with an endurance period that can measure into the hours, such systems can provide a flexible response if the threat picture changes.

As onboard sensors and communication technologies continue to improve, they can serve as a significant force multiplier for strategic and tactical operations. The potential for loitering munitions to operate in a swarm means that high-value targets, or key targets of opportunity, also have a higher chance of being successfully engaged than with a single missile strike from a traditional armed UAV.

Acknowledged on a global stage and heeded by the numerous international security partnerships forged on the continent, while also a chief mission of African militaries independently, there is a clear and present call to action to enhance airborne technological dexterity in Africa.

Moreso, to foster greater interagency collaboration to ‘get in front of’ and address in real-time a myriad of security threats afflicting development, such as extremist insurgency, piracy, kidnapping, bunkering, poaching, and trafficking.

Many military agencies however are operating under budgetary constraints compounded by the economic fallout of the COVID-19 pandemic.

In response, African-based Paramount Advanced Technologies (PAT), a subsidiary of global aerospace and technology company, Paramount Group, has recently launched its Meteorite, the front runner of the company’s N-Raven unmanned aerial vehicle fleet, as a next-generation turnkey aerial solution provider to the contemporary challenges facing the continent’s security and stability.

The 48 kg Meteorite is a fully automated, guided precision strike system, capable of operating at high speeds (up to 120km/hr) at a service ceiling of 15,000 ft (ISA) across a wide array of both precise and long-range missions (hosting up to 4 hours of loitering time at a full range).

The pilotless UAV provides self-sufficient ground strike capabilities with pinpoint accuracy; and, with its modular, multi-purpose warhead, the Meteorite has been designed to handle different types of targets with a large payload capacity, even from within a heavily contested ‘deep fight’ area.

From unprecedented piracy attacks off the Gulf of Guinea to Boko Haram pledging allegiance to once-rivals, the Islamic State West African Province (ISWAP), to insurgencies in the northernmost region of Mozambique, the continent is facing fast degrading conflicts that threaten regional stability requiring coordinated responses.

From rapid deployment to swarm capable loitering, reconnaissance, and engagement assignments, the Meteorite, and its diverse competencies are the results of the manufacturing prowess of Africa and from Paramount Group’s deep understanding of addressing asymmetrical warfare on the continent; providing solutions that befit partner nations’ budgets and the often austere environments which they are tasked to protect.

The Meteorite has further been designed for digital technology transfer and transportable manufacturing from within partner countries; a robust yet cost-effective product of Paramount Group’s proven experience gained from its long legacy in the development of UAV systems, offering versatility, mission-specific accuracy yet at the same time, affordability.

In response to the increasing demand from governments for the development and strengthening of such capabilities, Paramount Group has pioneered a portable production model that has been implemented by several countries around the world.

There is subsequently a timely opportunity for customer countries from across Africa to deploy advanced loitering munitions technologies such as the Meteorite, with proven ‘force multiplier’ effects – spurring economic diversification and growth while bolstering air defenses exponentially against threats known and unknown; providing operational depth, without, as Paramount Advanced Technologies (PAT) CEO, Lee Connolly suggests, “…African militaries having to resort to the procurement of expensive systems often associated with a traditional air force”.

When referencing the Meteorite’s unique applicability to the modern-day African battlefield, Connolly went on to state that, “We at Paramount continue to expand our unmanned aerial vehicle (UAV) swarm technologies portfolio and look forward to the opportunity to present such a well-aligned solution to addressing the uncertainty of Africa’s defense and security landscape. The Meteorite is a game-changer for the continent’s armed forces and the latest in robotic warfare, replicable the world over”.

“To the Team at Paramount Advanced Technologies, true innovation means the adoption of highly customizable, affordable solutions, built for the purpose of our partners who require them. We are very proud that we can offer such a precision strike loitering munition system as the Meteorite, arguably a prerequisite as an investment in aerial reconnaissance, engagement, and ultimately modern-day state security in Africa, capable of foreseeing and engaging threats to a nation’s stability, yielding a substantial payoff and at the best levels of cost-effectiveness on the market,” Connolly concluded.

Paramount Advanced Technologies believes that its Meteorite is the next step in the ongoing unmanned ‘Precision Revolution’, ready to be manufactured in the end-user’s country.