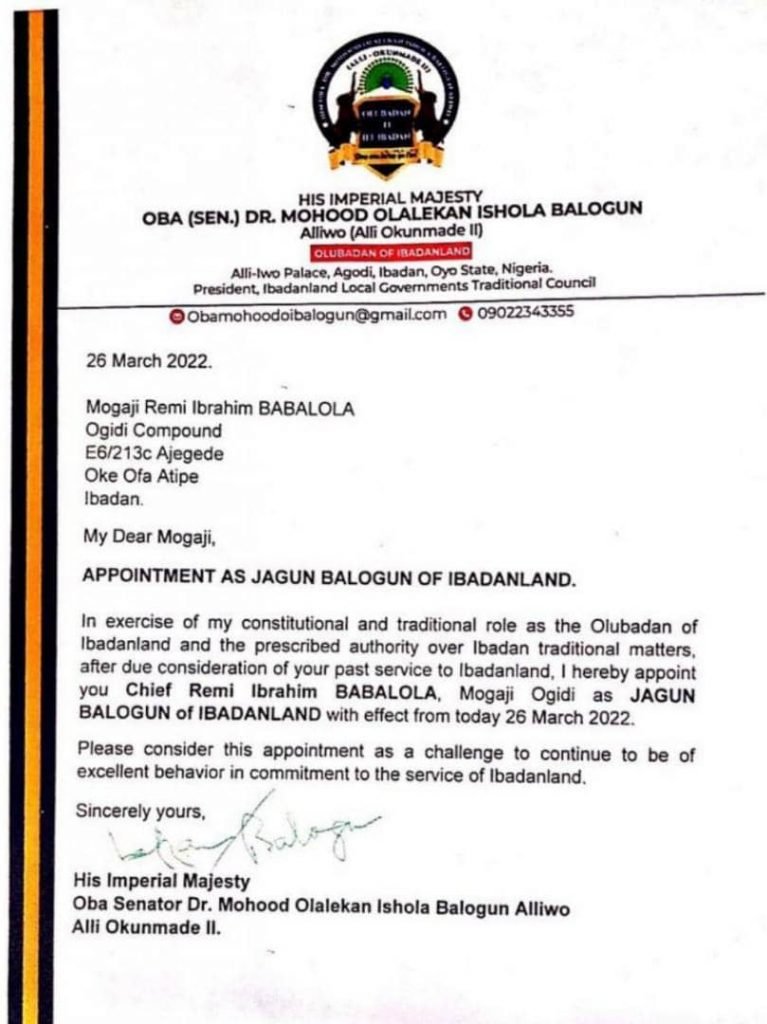 There are strong indications that disunity is currently reigning among the newly installed Olubadan of Ibadanland and members of his advisory council owing to the issuance of same promotion letters for a position to two persons who were on the cadre of Mogajis .

This development is presently causing commotion in the ancient city.

First Weekly gathered that the title of Mogaji is synonymous to a family head.

Each Mogaji, who wishes to become the Olubadan is promoted to either Jagun Balogun or Jagun Olubadan and from there, he will move from one step to the other to become Olubadan.

We , however, gathered that two separate letters have been issued to two Mogajis from two different families to become Jagun Balogun.

The title of Jagun Balogun is meant for one person, but two people have been issued letters of appointment, and the development is causing serious confusion in the city.

Our correspondent gathered that Chief Remi Ibrahim Babalola and Dotun Sanusi have been issued letters of appointment as Jagun Balogun of Ibadanland.

It was gathered that the letter issued to Dotun Sanusi was signed by the Secretary of the Olubadan Advisory Council.

Sanusi is currently the Mogaji of Olugbade family in Oja’ba area of Ibadan.

Our correspondent, however, gathered that the letter issued to Remi Ibrahim Babalola was personally signed by the Olubadan of Ibadanland, Oba Lekan Balogun.

Babalola is currently the Mogaji of Ogidi compound, Ajegede in Oke Ofa Atipe area of Ibadan.

However, one of the sources close to the Olubadan palace said that the two letters would soon be withdrawn.

“They will withdraw the two letters. Three letters have been issued, one of them did not cause controversy, but the two that have led to a controversy will be withdrawn along with the third one,” he said.

Another source close to Olubadan described the development as ‘administrative’ lapse.

“It is an administrative lapse. The Olubadan will soon speak on the matter,” he said. 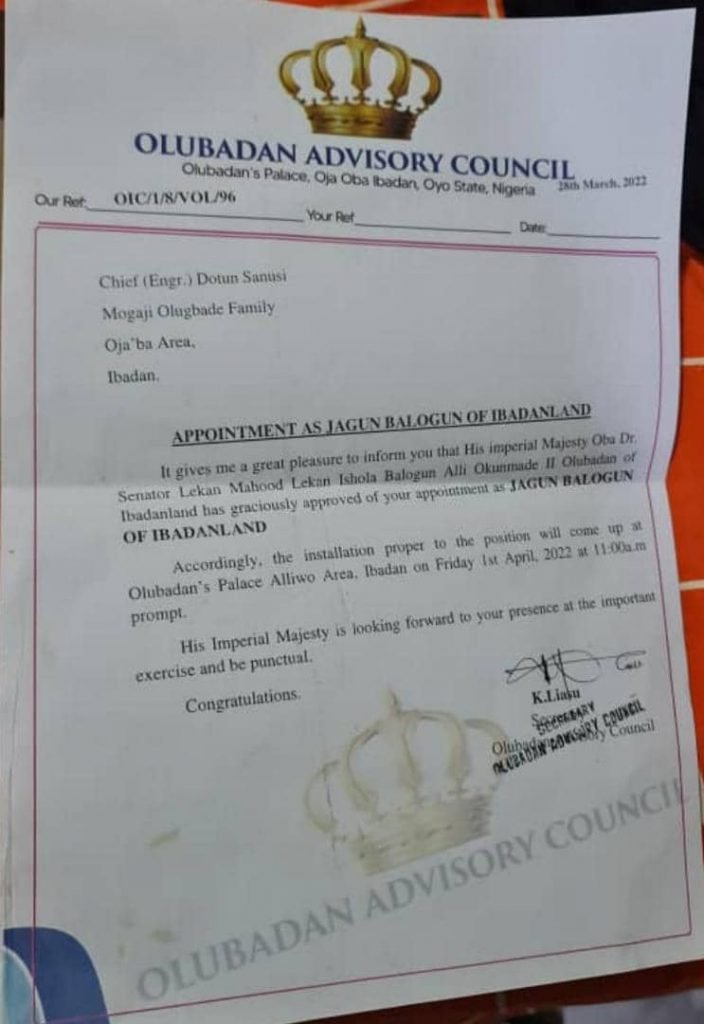