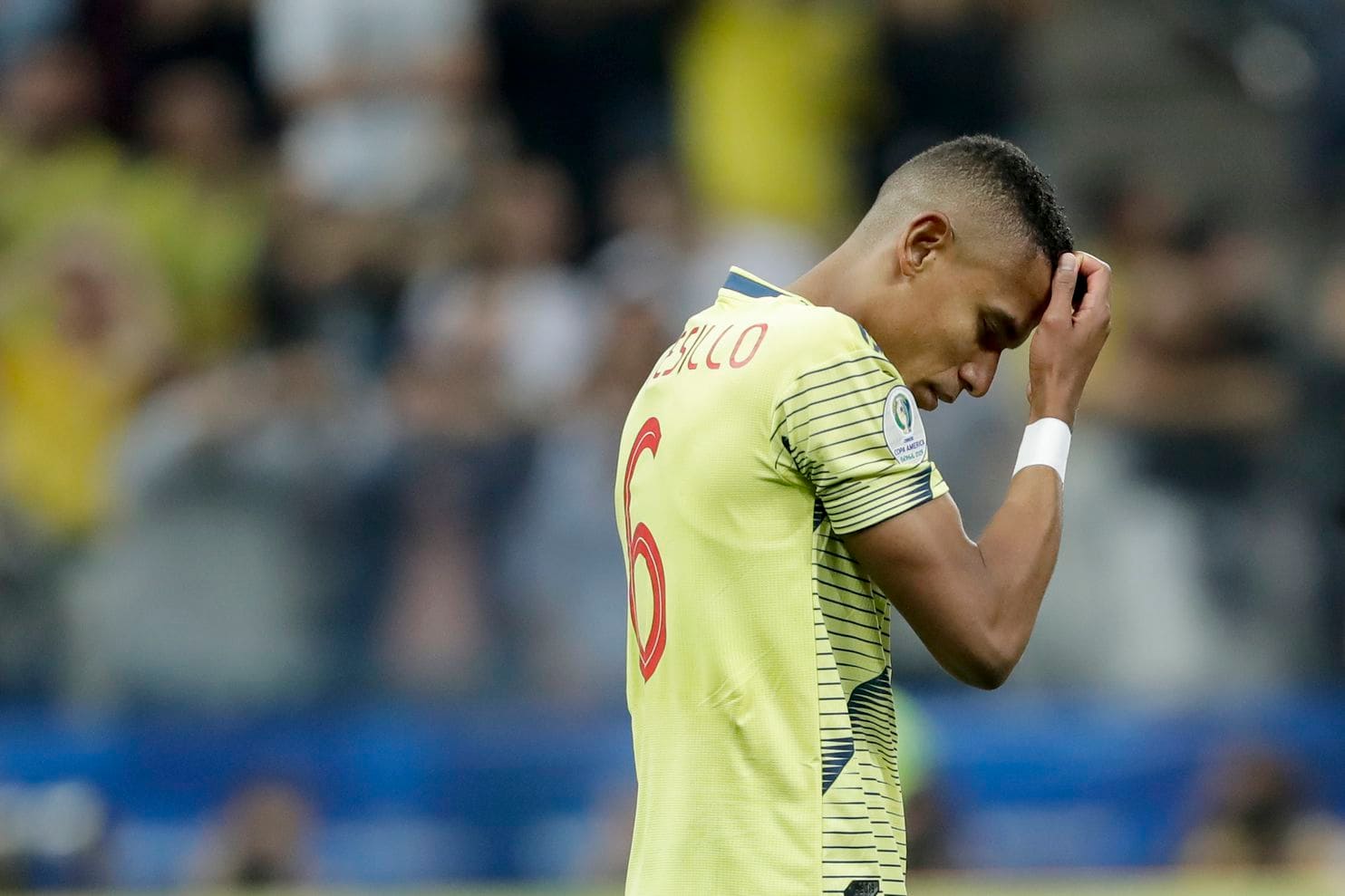 Colombia footballer, William Tesillo, who plays as a  central defender for Club León in Liga MX has confirmed that he and his family have been receiving death threats because of his penalty miss which led to the South American country’s Copa America exit.

On Friday, the 29-year-old defender missed the decisive penalty kick against Chile at the Arena Corinthians, which could have sent Colombia to the next stage.

This week, he confirmed that he and his family have received death threats after his wife Daniela Mejia took to her Instagram account to detail the threats received.

He told both Colombian radio and newspapers : ‘Yes, yes. It’s correct’ Tesillo insisted to El Pais de Cali. ‘They wrote to my wife and she published [them]. They wrote to me too, but I didn’t publish anything.’

‘In the face of the threats that are being imposed on us, we only pray. You have to think that this is just football and that you can lose or win,’ lamented his father, in an interview for Radio Caracol.

‘Yet this will do little to calm those behind the intimidations, one of which callously alluded to an infamous 1994 murder and read: ‘I hope that what happens to him is the same [that happened] with Andres Escobar’.

Twenty-five years ago, former Colombia defender Andrss Escobar was murdered days after he scored an own-goal against the US in the 1994 World Cup.

Nigeria to face defending champions Cameroon in the round of 16