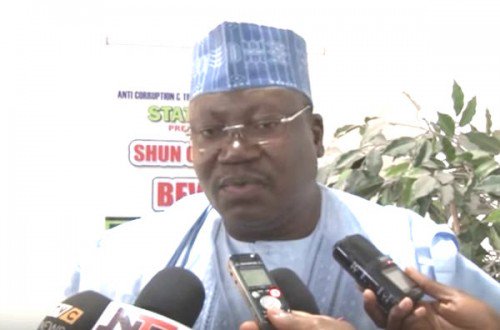 The leader made this known in an interview with the News Agency of Nigeria (NAN) on Monday in Abuja.

He said that considering the damage abuse of substances had on Nigerians, especially youths, it was imperative that measures were put in place to tackle the menace without delay.

“Between Kano and Jigawa states, over three million bottles of Codeine are consumed daily, and according to report, 70 per cent of the drugs that come to Northern Nigeria go to Sambisa Forest.

“If we do not, we may end up wiping out our youths, especially in the northern part of the country, through military action against insurgency.

“Those who escape military action will be destroyed by drugs. The country is heading for a serious crisis until we are able to deal with it.

“I consider the fight against drug addiction an important fight. It can be as important and equal in significance to fighting the war against insurgency and banditry.

“Drug addiction is costing us so much in terms of security and it is leading to the loss of lives of the youth that ought to be very productive under normal circumstance,” he said.

The lawmaker called for holistic approach to the fight against substance abuse, explaining that people also abused products other than Codeine.

According to him, the fact that Codeine has been banned does not mean that other products that are commonly abused will not be addressed.

He pointed out that Codeine was only one of the prohibited drugs already on National Agency for Food and Drug Administration and Control’s (NAFDAC) list.

Lawan identified broken family values and lack of education as some of the factors responsible for increase in substance abuse in the country.

“People take to drugs not because they are idle, but because I think that family system in Nigeria is broken.

” I grew up in a very big family. We were about 40 or even more and I cannot remember if any of us took to drugs.

“Our parents would warn us not to go close to it. It is so unfortunate that the family system has become so weak.

” You do not know what your kids are doing, especially today that children are exposed to social media. It is worrisome.

“We have to take some measures to ensure that our families regain the kind of influence they used to have on children,” he said.