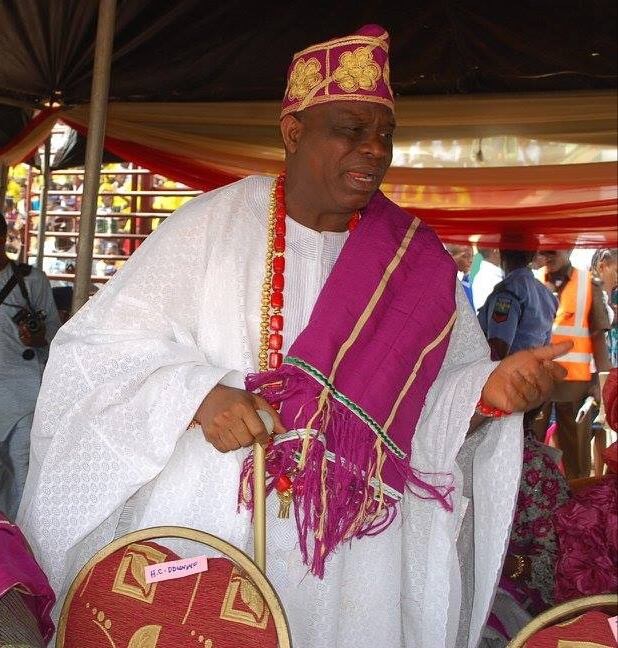 Fresh facts are now emerging over the riddles surrounding the death of Chief Opeyemi Olusola Bademosi, who was alleged to have been murdered by his Togolese cook, Sunday, last Wednesday, 31 October, 2018, at his Onikoyi Lane, Parkview Estate, Ikoyi, Lagos.

Although, the Togolese boy who had been declared wanted by the police has since been arrested, nothing in his confessional statement so far has directly pinned him to the murder as the major suspect.

According to family sources, there is an urgent need for security agencies and the police to stop chasing shadows or keep wasting time on the young man. They advised the police to beam their searchlight on the wife of the deceased and other family members.

The family sources, we gathered, are not entirely ruling out the Togolese cook’s culpability in the heinous crime, as it will be foolhardy of any detective to take him as the main suspect.

Close insiders revealed that there is more to Bademosi’s death than meets the eyes. And they have begun to unravel some of the looming events that bothered the deceased life shortly before he was murdered in cold blood.

Prominent among some of these factors, was the issue of the reckless lifestyle of one of his children, who lives in the United States. The young man, a product of his marriage to his second wife, Ebun Bademosi (nee Owotomo), is alleged to be involved in various shady deals including drugs related crimes.

This, the source informed had been a source of concern for the influential businessman. He was reported to have become particularly perturbed, after doing some background checks, and discovered his wife had not been sincere about the true paternity of the young man. His discovery was said to have become a constant source of bickering between him and Ebun, until the tragic event of his gruesome murder.

This, we further gathered was what informed the reasons the deceased family members decided to look into the circumstances surrounding the death of the Lotin of Ondo town.

And one of the very first things they crosschecked was the wife’s account of visiting the bank on the morning of the tragic event. It was gathered that the family discovered that Ebun Bademosi was never at the bank on that fateful morning. Invariably, the family is insisting that Bademosi’s widow will have to provide details of her actual whereabouts on the day her husband was killed, as the hoodlums were said to have stormed the building immediately the woman left for the bank.

Osinbajo, Tinubu, Others To Attend “Association of Friends” 40th Anniversary