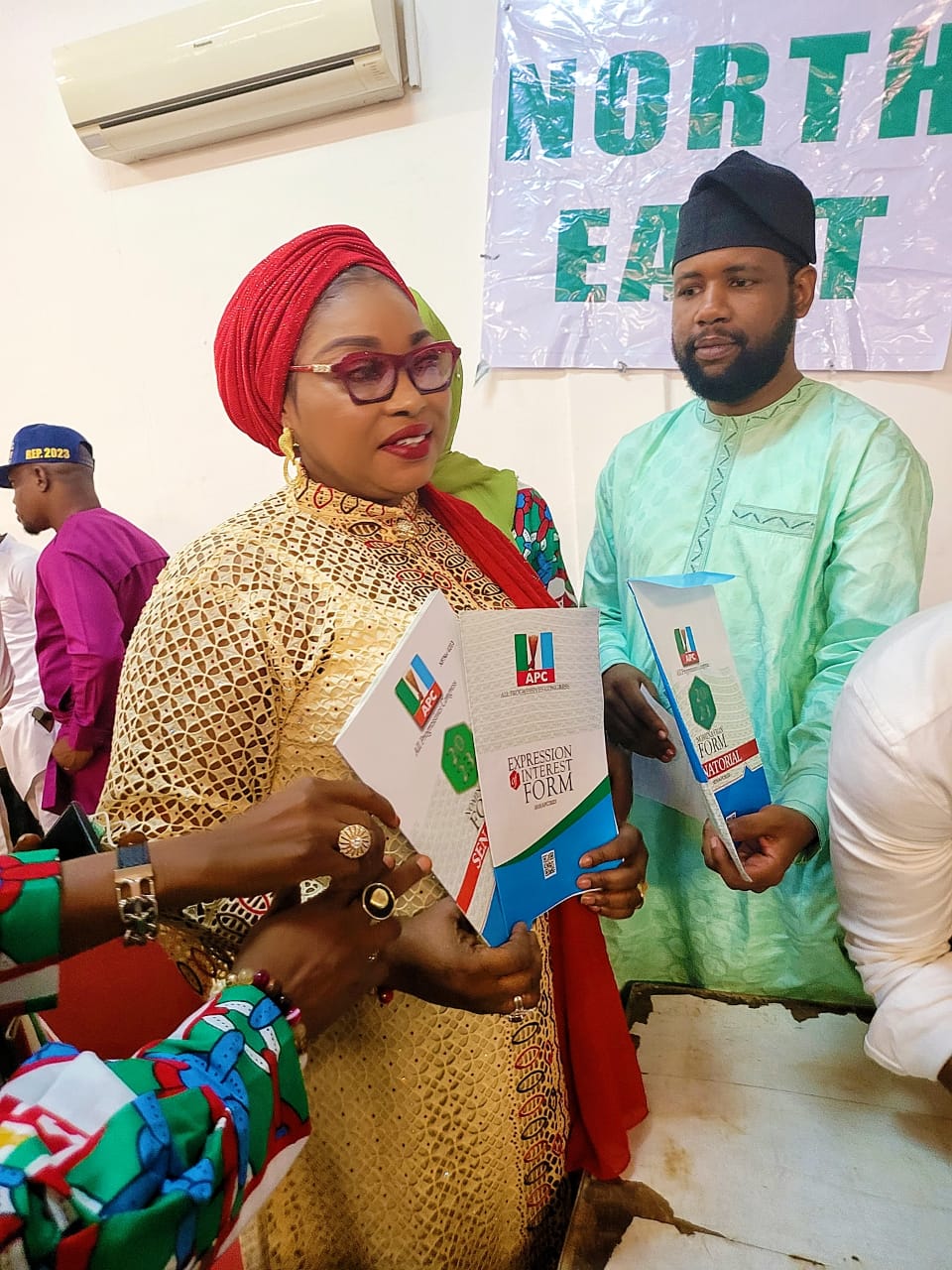 The ongoing  activities at the All Progressives Congress’, APC, party in Abuja with politicians  across the country picking forms for the coming 2023 general elections is unprecedented.
Senator Grace Bent from Adamawa Southern Senatorial District was yesterday amidst cheering supporters at the APC national secretariat  to pick  her nomination and expression of interests forms to  vie for the senatorial  seat of the Southern zone.

Bent who represented the zone from 2007 to 2011   told  reporters that a replacement with better representation is what she incubated while away from the office.
She vowed to work round the clock to ensure APC returns to government in Adamawa State.
Grace said that the forms are the thinking of Adamawa people electorates, not her own making as they push her for the National assignment.
“I’m their servant, they just sent me to pick these forms for them, not my interest, it’s their own.
” They had the experience of my stewardship, they want a taste of it again they are anxious to feel my selfless service again”. She Said.