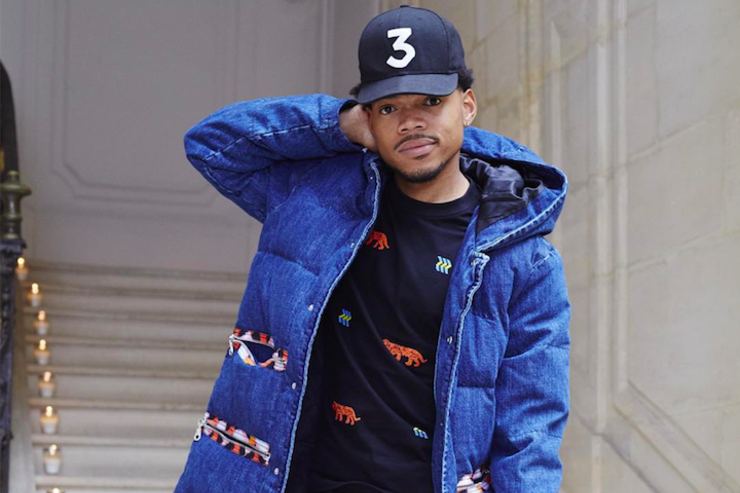 If you were thinking about selling some fake merchandise at his upcoming Spring Tour, Chance the Rapper wants to make it clear that you don’t want zero problems, big fella! The rapper and his touring company, CTR Touring Inc., filed a lawsuit in an Illinois district court on Wednesday for “injunctive and monetary relief” as a precautionary effort against anyone who tries to hawking unauthorized merch at any of his shows.

While the suit doesn’t have a single name attached to it, Chance and his team are utilizing this approach to discourage people from even trying to inappropriately use the rapper’s name to make a quick couple of dollars.

Last month, Chance addressed rumors surrounding an exclusivity deal with Apple Music, admitting that Apple gave him $500,000 because he “needed the money.”

I wanna clear things up. @apple gave me half a mil and a commercial to post Coloring Book exclusively on applemusic for 2 weeks https://t.co/dMWwptrHHH

That was the extent of my deal, after 2 weeks it was on SoundCloud for free. I needed the money and they're all good people over there https://t.co/5kIhv0YaKS

As an independent artist, Chance depends on every dollar he receives, and if he needs to take these measures to ensure that the money from this upcoming tour is going in the right pocket, then so be it. Chance reportedly filed a similar lawsuit late last year around the time of his Magnificent Coloring World Tour.

You Can Come Out of Life Issues, Laugh Again Just Like Me – Teebillz