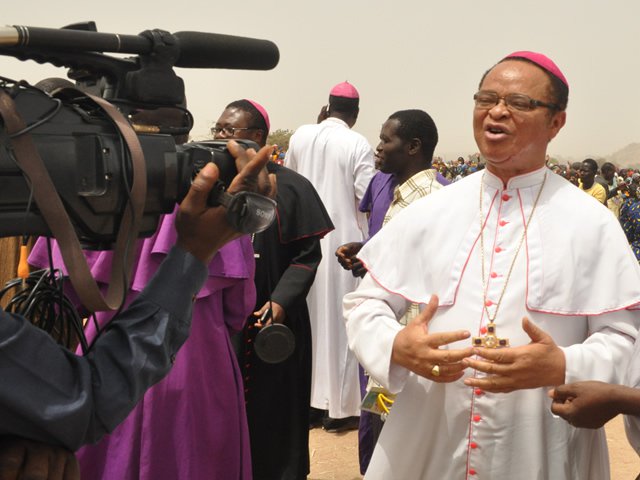 Catholic Bishop of Umuahia, Abia State, Most Rev. Lucius Ugorji, has lambasted the Buhari-led government for allegedly marginalising the Igbo.

Rev. Ugorji said this during the Igbo Civil Society Coalition symposium in Enugu.

He lamented that the Igbos have become target of national hatred, victims of military operations and massacre.

“Since after the civil war, the people occupying the geo-political space known as South East have been treated as enemies of the country they built”, he said.

“Decades after the civil war, the war in other forms is still raging without tackling the grievances that caused the war.

“There were calls for restructuring and even secession. Our country is a democratic government where agitations are part of the process”.

The, however, cleric condemned the invasion of Nnamdi Kanu’s house at Afaraukwu community in Umuahia by the army and killing of Indigenous People of Biafra (IPOB) members, insisting that agitation is recognised in the law.

“Another Python Dance that has become a burden to Igbo land is the vicious marauding Fulani herdsmen. These people are all over the place terrorising people, killing, maiming, raping our women and destroying farmland.”