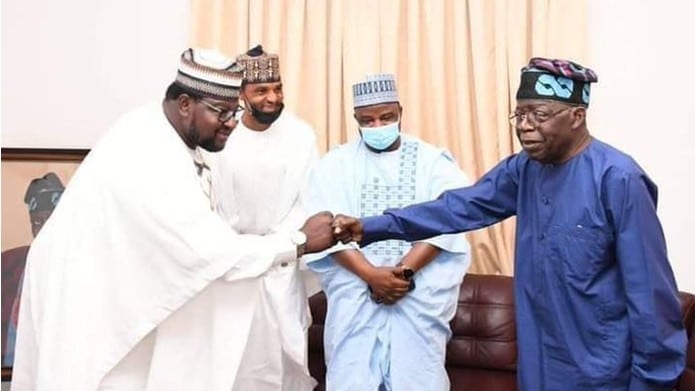 A businessman from Kebbi, Hon Aminu Suleiman, has given a cheque of N100 million to a presidential aspirant, Bola Tinubu.

Aminu, who is also the DG of Tinubu Support Organisation (TSO), stated he signed the cheque for Bola Tinubu because he believes in his ability to improve Nigeria in a positive way if Tinubu emerges the president.

Suleiman released an official statement on his Twitter which read:
”I, Hon. Aminu Suleiman (D.G TSO) will like to officially state that I have signed A Cheque to the tune of 100 million Naira, for the purchase of the nomination and expression of interest form for our Leader @officialABAT God bless.

2023 presidency: Bandits will run if they hear my name, just give me ticket – Wike tells PDP