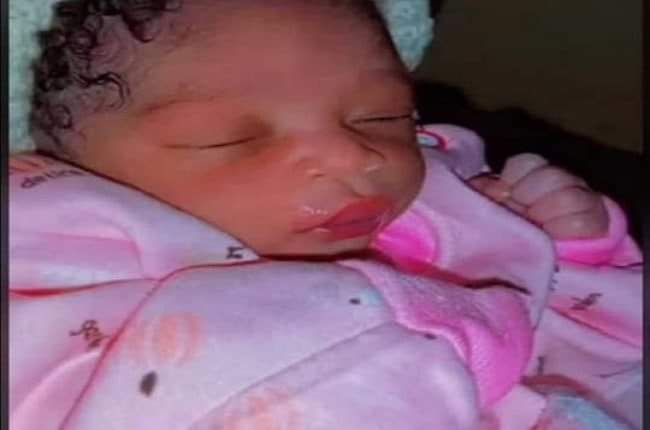 The picture of a newly born baby delivered by one of the abducted passengers of the Kaduna-bound train attacked by terrorists, has been released.
Her mother was said to be eight months pregnant when she was abducted by the terrorists on the 28th of March 2022.
The picture of the baby was released on Thursday evening by the terrorist group suspected to be Ansaru, a breakaway group of Boko Haram.
The news of her birth has gone viral on Monday, where a family member of the woman first hinted that she had delivered at the weekend.
Though, the identity of the newly born child was not disclosed until Thursday when the terrorists released the picture of the baby girl.
Clad in a thick pink dress and a light lemon sweater cap, with her eyes closed, she looks healthy and well taken care of.
Our correspondent had earlier reported that the terrorists had invited a medical personnel to take the delivery.

Fire Outbreak: We Are On Top Of The Situation, Says Synagogue Church Of All Nations (SCOAN)